Fireman Bhangra Raps For Fire Safety (or - 'A Quiet News Week, Then')

By Craigie_B Last edited 161 months ago
Craigie_B Fireman Bhangra Raps For Fire Safety (or - 'A Quiet News Week, Then') 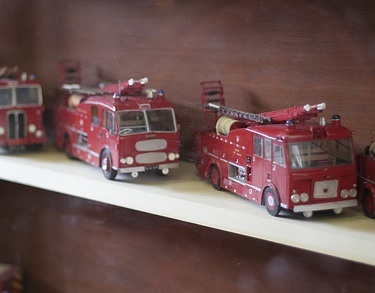 What do you want your local Firefighter to be doing right now?

We'd want ours to be busily climbing ladders to save desperate families from 6th-floor smoke-billowing windows, or at least rescuing cute cats from tree branches. Last year Stephen-Remmell Coleman from Wimbledon fire station recorded a rap song to promote fire safety, which Londonist proudly reported on at the time.

But now he's moved on, and recorded a bhangra rap version which now effectively targets London's asian communities. There's even a video filmed in Southall to boot.

So, all together now, please: "cos I got Mine, have You got Yours? What’s the Harm in putting up a Smoke-uh-Larm? It's like a Lucky charm, Looking over Pops and Moms." Dum di dum. There's even a masterly spelling-out of the artist's promotional Myspace address (yes, still rhyming) and a little smoke alarm beat puts in a short beeping appearance too.

We're not sure if this will make the likes of Katy Perry or Rihanna come out in cold sweats of fear in the upper echelons of the charts, but if they need a smoke alarm and have it fitted for free at least they now know they can go to www.london-fire.gov.uk or call 08000 284428.