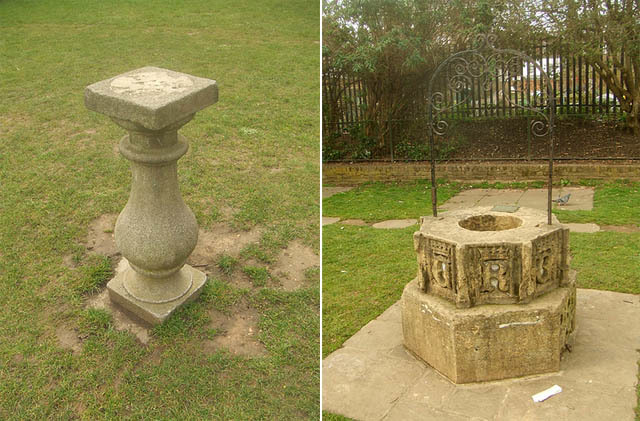 What is it? Despite its name, Belsize Park is overwhelmingly residential. But the few patches of green that can be found hereabouts all have their secrets to tell. The gardens on Antrim Grove are no exception, containing two motifs of a vanished London (see below). The site was formerly occupied by school tennis courts, but was converted into a public space shortly after WWII. According to Camden Council, the neighbouring allotments (27 plots) have a ten year waiting period.

Where is it? This small garden and childrens play area is tucked away on the western slopes of Haverstock Hill, on the corner of Antrim Grove and Antrim Road. The garden is bordered by a branch library, bringing in more visitors than would otherwise be the case.

Why has it tickled our fancy? There's little here for wildlife enthusiasts, but the gardens are of great interest to Londonophiles for their architectural curiosities. First, there's a balustrade, which once supported a sundial, from John Rennie's Old Waterloo Bridge (demolished 1936). Then, nearby, a chunk of stone from the Old House Of Commons (destroyed in WWII) has been carved into a well head. Camden Council: if you're reading this, why not aqcuire a few more novelties from old London, and try to make a small tourist attraction out of the park?