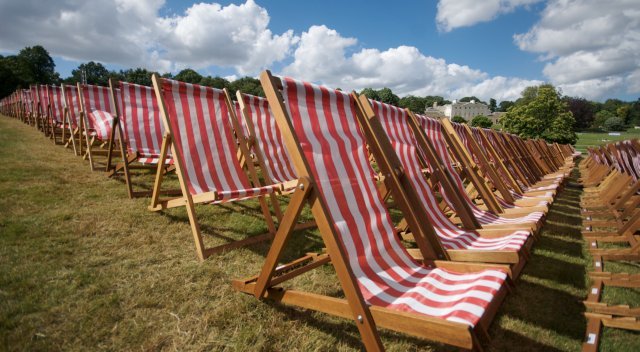 Whilst everyone seems keen to spend £80 to attend some festival or other at the moment, don't be fooled: there's just as much free-to-cheap fun to be had around the city as ever this week. Here too the theme seems to be big, crowded, and mostly outdoors, but at least if the rain sets in you can bail out none the poorer.

Monday: Feeling creative, sociable, and ever so indie? Craft Night is back at the Notting Hill Arts Club for the first time this year, with live music and mystery craft kits for all.

Tuesday: If you haven't joined in on a world record attempt lately (is it just us, or are they all the rage these days?) be at the Scoop at 1pm for the Big Dance Rock Challenge Extravangaza, which aims to be the largest dance class the world has ever seen.

Wednesday: If you can manage to be out on your bike by 7am, join a couple of architects for a bright and early ride through some of our favourite markets.Thursday: Art After Dark, a series of ten Thursday night one-shot curatorial experiments at the Louise Blouin Institute, launches with a tribute to the Institute's own Ladbroke Grove.Friday: We hear that the Hayward's

show is worth the £10 ticket price, but we've been holding out for the gallery's 40th anniversary

.Saturday: With a tip of the hat, the

descends on the green fields of... somewhere. Londonist already knows the secret location but we wouldn't want you to miss out on the thrill of

.Sunday: Nokia serves up the final day of

, a three day South Bank rollerdisco with a roster of notable DJs. Register online now and hope for a sunny timeslot.Or, you could stay in and peruse some Gibbons.

Image courtesy of Rob Sinclair via the Londonist Flickr pool.

Check out London is Free for more ideas of things to do for nowt. Check the websites for more information.