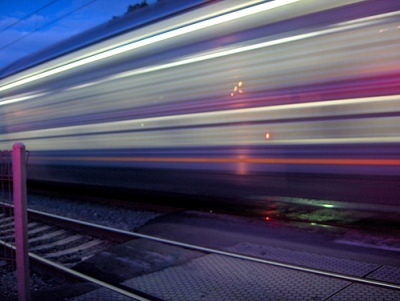 Crossrail was a major project for the previous administration, so while Boris is a keen supporter (he reckons it is a "cracking deal for the capital"), we are keeping a keener eye on whether he pursues this quite as zealously as Ken.

This is because the costs are huge, and so the need to keep up pressure for central government investment is vital to whether (and how) it's built. The strength of Boris's support for the project will be key to its eventual success.

We certainly need it - Crossrail will relieve the huge stress on London transport, free up capacity on the tube, allow people to cross the capital on a single mainline, and connect Canary Wharf to Heathrow.

In any case, today saw a major step forward. The Crossrail Bill finally achieved Royal Assent last night, after passing through all its parliamentary stages. Normally a Bill starts and finishes in the same year, but this one was mooted back in 2004 and has weathered the intense scrutiny since that a Bill of this sort attracts.

So now, after almost thirty years of discussion, work can start on the thing. Don't hold your breath just yet though - the first services are now expected in 2017. As long as Boris keeps the pressure up.