In which we spend a night with some decayed, 17th century dudes, in the catacombs beneath London Bridge. 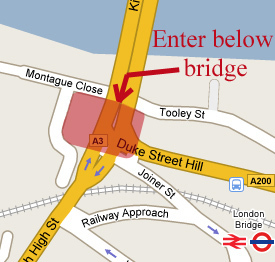 Beneath the Surrey side of London Bridge, behind doors that once led to the robot-kitsch Cynthia's Bar, a new attraction is taking shape. The London Bridge Experience will open in February. Part museum, part CGI scare-fest, the LBE will take visitors on a historical tour of the 2000 year-old crossing, and down into previously disused catacombs beneath the bridge.

These passages hit the news recently when workers found a cache of bones during renovation. The 17th century remains are thought to be plague victims, although the holes in some skulls may point to a more sinister fate.

Builders now refuse to work in the vaults, where unexplained noises and half-glimpsed movements abound.

Well, we ain't afraid of no ghosts.

And so, on a crisp December evening, we found ourselves at the foot of Nancy's steps on Tooley Street shaking hands with Danny Scriven, co-founder, with his brother Lee, of the London Bridge Experience.

Danny gave us the tour and filled in the history. The catacombs date from the time of John Rennie's bridge of the 1820s - the one that now resides in Arizona. Originally, they were used for warehousing, taking in goods from the river. For decades, the space has been sealed off and required extensive renovation, which is when the bodies started appearing. The area above, as Cynthia's, had seen more activity, but still needed a big overhaul to prepare it for its new purpose. 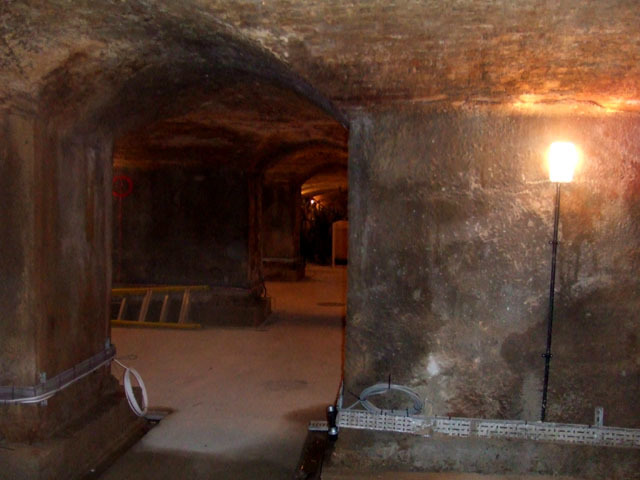 After signing a bit of paper to promise we wouldn't sue in the event of injury or demonic possession, Danny locked us in for the night. It was just us, the occasional mouse and thirty or so plague victims. The rumble of Tube trains was our only link to the outside world.

The catacombs are immense. We tried to map them, but got lost. Seven chambers run east-west, with frequent side passages and alcoves. No natural light gets down here. The air is humid and dusty. Base camp was set in the extreme south-west, in a room that contained an unexplained rectangular pit and Tombraider crates of unknown content. We immediately set off to explore. 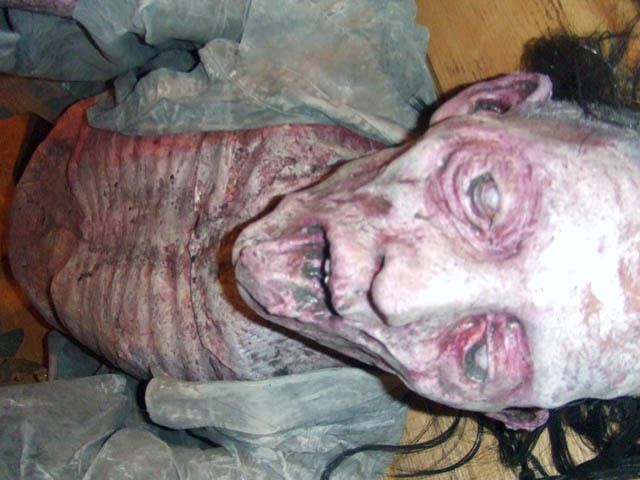 Walking through this maze with only a torch for company was creepy. Especially as half-finished exhibits were strewn willy-nilly throughout the chambers. One room contained a parade of animatronic zombies, ironically stored next to the site of the plague pit. Another room was decorated with latex heads on spikes, a nod, if you will - for they won't - to the ancient practice of displaying the heads of traitors and criminals on the bridge. 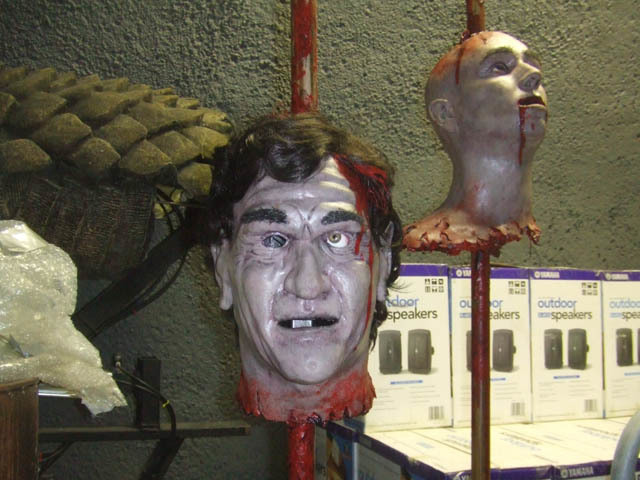 It wasn't all horrorshow theatrics. One room contained buckets of human remains, recently examined by police pathologists and dated to the 17th Century. In another room, a hole in the wall appeared to contain an as-yet unexcavated collection of rubble. On it lay old bottles and part of a human pelvis.

Having explored as thoroughly as we dared, we settled down to a night of apprehension. Danny had confirmed the stories of timid builders fearing the supernatural. Londonist is made of sterner, more sceptical stuff. We pulled up our sleeping bags in the very chamber that had contained the plague pit, surrounded by the host of model zombies. And we waited.

And waited. Nothing untoward happened, save a noticeable drop in temperature as the night wore on. Occasional bangs were clearly coming from revelers on Tooley Street. After a while, and a glass or two of wine, the inevitable ouija board suggestion was made. Always eager to meddle with forces we cannot possibly comprehend, we rigged up a rudimentary yes-no astral interface from bits of paper and an upturned glass. Perhaps we were too rational a bunch, but little happened apart from tentative movements and accusations of glass pushing. 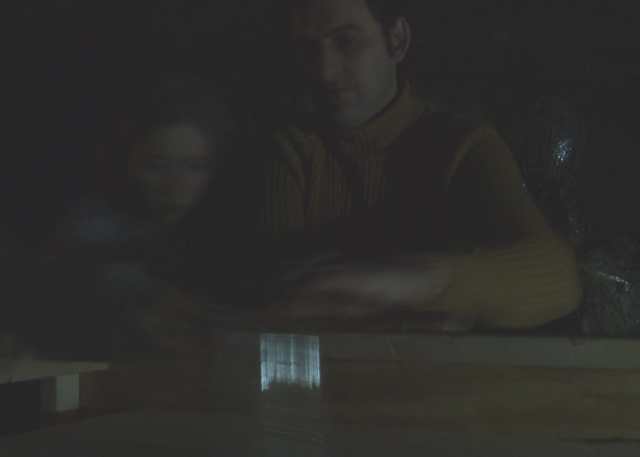 And so the night wore on. We tried sitting in different rooms, cutting the lights, anything to entice an otherworldly visitor. Without avail. So we went to bed on top of the filled-in plague pit and caught a few hours sleep amongst the dust and human remains.

We may not have encountered any spooks, but we certainly fell in love with the building. You can expect to hear more from us about the London Bridge Experience when it opens. Whatever you think about dungeon-based monstertainment, these catacombs are more capacious and torturous than the nine circles of hell.

One week on from the experience, several members of our party have the sniffles. What are the symptoms of bubonic plague again?

Tickets for the London Bridge Experience are already on sale. Buy now. They're dieing to welcome you.

Thanks to Fridaycities, Ian Visits and Glitterditch for sharing the experience with Londonist