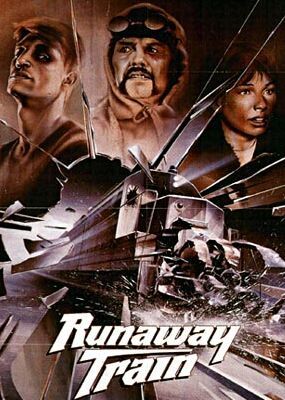 As many Londoners will know, DLR trains are entirely driven by computer. The DLR staff member on each train, known as the ‘Passenger Service Agent’ (a much less exciting title than ‘Train Captain’, which they used to be called), does not normally have any involvement in actually driving the train. Instead, their main functions seem to be to tell the train when to close the doors, to check passengers’ tickets, and to deal with problems if they arise (which they occasionally do). To quote the TfL website (which features a picture of a particularly hungover-looking DLR staff member):

Every DLR train has a Passenger Service Agent on it. They are there to help people, check tickets and make sure that the train is running properly.

Excellent. So the trains may be driven by computer, but at least every one of them carries a trained person who is able to deal with any problems, right?

So we would like to think. But imagine this Londonista’s surprise when, yesterday morning, he found himself travelling between DLR stations on a completely unmanned train. Several dozen passengers, but no Passenger Service Agent in sight!

Here’s what appeared to take place. A Bank-bound train at West India Quay station signalled that it was ready to depart, with its customary “Boinnng!” (DLR travellers will know what we mean). The normal operating procedure here seems to be for the Passenger Service Agent to tell the train to close the doors, after which the train will depart. And essentially, this is what happened at West India Quay station yesterday morning, except…

At Westferry station, the train waited patiently to be told that it could depart again. Unfortunately, unknown to the train’s software, the Passenger Service Agent was now about half a mile away, and so currently unable to provide this information in a timely manner. And so the train waited. As did the passengers. For about ten minutes.

Eventually a slightly out-of-breath Passenger Service Agent arrived, having presumably just legged it from the previous station, and resumed control of the situation. The train was thus able to resume its journey to Bank, as if nothing untoward had happened.

So then, a bit of a cock-up, but no harm done, right? Maybe. But what would have happened if the train had experienced a problem between stations (a semi-regular occurrence in our experience)? For how long would we have been stranded between stations on an elevated concrete viaduct, without a DLR staff member to get the train moving again?

Don’t get us wrong – we think the DLR is great, a sentiment that is borne out by its award-winning history. But we would like it to carry on winning awards in future years, so we hope that farcical mistakes like this will not become too commonplace.

This account is solely based on events witnessed by one Londonista. If anyone from Serco Docklands would like to correct us, they are welcome to contact us at londonist - at - gmail - dot - com.

Update: Docklands Light Rail have contacted us about this incident – see their official response here.