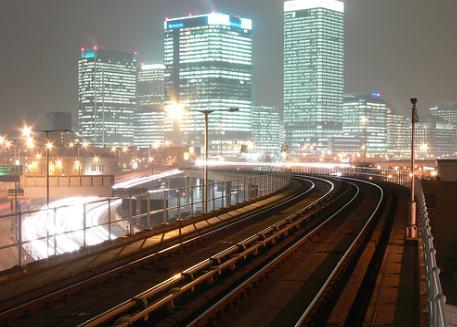 That's right, the DLR has been going for, if you can believe it, 20 years today. This seems like forever for this Londonista's favourite mode of transport around London. So where did it all start? Well Londonist took a little light rail trip down memory lane. 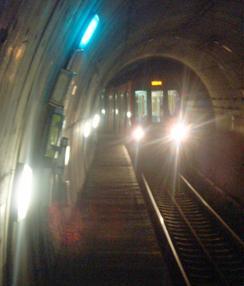 Way back in the 80s, it's hard to imagine but the Docklands were a no man's land in London. (No one came in, no one went out.) This was all due to change when the first plans for the DLR were submitted later that year. We don't think anyone was prepared for how much it would change the way South East Londoners live their lives.

While the Queen opened the railway line on 31st August 1987, it was a few years before it began to make a real difference. It wasn't until 1991 that Canary Wharf and Bank stations opened. These are the two most financially important stops on the line and no one could be prepared for the surge of passengers. It wasn't long before 70 new rail cars had to be put in place. In 1993 the workers population in Canary Wharf had risen to 7000 and just kept on rising.

In the 90s, it was the turn of Lewisham whose rail bill was approved, meaning that commuters here had a direct link into the city. Something which had always proved difficult before. It was easy to see how much the DLR was improving lives of those on the south of the river. But as these things take time, the extension didn't start until 1996. 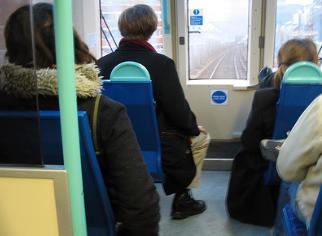 The DLR was ten years old in 1997. The Lewisham line was to open ahead of schedule in 1999 and a line to Canning Town also opened. By 2000, the working population in Canary Wharf had increased to 30'600. TFL (Transport For London) was also created.

In 2001 there was a public enquiry into extending the line into Woolwich, followed by an extension to City Airport which opens in 2005. By 2005 there was over 50 milllion passangers being served by the DLR.

Preparations had to start for the olympic games, meaning refurbishment has begun on the cars. More rail cars also needed to be introduced as the need for the rail line increased further.

Now the DLR is 20 (though it still looks shiny and new to us). In simple terms, the line has proved invaluable to those living in South London. There's no doubt that this line has improved workings in the city (even if you can't get on a train to Canary Wharf first thing in the morning because of over-crowding - but this just shows just how necessary it is.)

It's clear that while the DLR continues to grow, links from South London and the city will just keep getting better and better. Especially after 2012. This can't be a bad thing. We found out today that capacity will be improved by 50% over the next five years. At last count this year, the passanger total was around 60 million. The line is still more reliable than the underground too.

This Londonista lives on the South of the river and knows the importance of the line first hand. Though we'll be honest. Londonist is still a bit confused by how it works. There's still no driver. How do they do that? Magic? Anyone else get a bit freaked out by this? It's probably just us.

Despite this, we all know that it's really quite fun to sit at the front of the train and pretend you're driving it. Don't we?