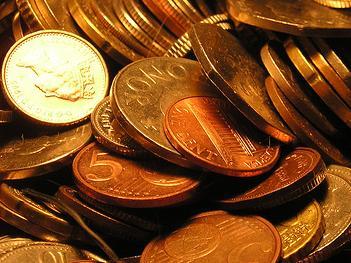 We're adamant that this week we're going to pretend it's still Summer. We're not content with sitting in watching the telly. We want to go out and play. But if we're going to do this every night this week, we're going to have to do it for very few pennies indeed. Here's the free stuff we've found this week:

Tuesday: We tried really hard but we can't find you any free theatre for Tuesday. So instead we thought we'd find you a wonderfully theatrical club. Trash Palace is having its shiny new relaunch tonight and we're expecting quite a party. Expect free food, free drinks and free frolicks.

Wednesday: It's not just for fun shows, The National Theatre even shows exhibitions for our freebie viewing pleasure. This week week can see Unfamiliar Thames. You can find out about all the bits of London that you don't usually see and there's loads of plants and wildlife thrown in too. We're planning on taking a stroll along the river afterwards.

Thursday: It's a fact that Londonist doesn't really read enough. We're a bit lazy like that. So we're going to Bethnal Green's Broadway Bookshop for 'Anything But Hackneyed'. Russell Celyn Jones is going to talk all about his writing and Will Ashton is going to read his book 'Clear Water'. Because we are still too lazy to actually pick up a book.

Friday: Willard Wigan has been in the news a bit recently. He's making the tiniest art in the world. We don't really know how, but it's pretty amazing. He accidentally inhaled his Alice in Wonderland sculpture. His Lloyd's of London micro sculpture fits onto a pinhead. Don't worry, they give you a microscope to peek at them. Try not to swallow the statue of Liberty.

Saturday: We're think going to need something a little more chilled this weekend so a club isn't quite going to cut it tonight. So instead we thought some blues would be pretty perfect. And where better than Music Palace? You can see Green Amber there twiddling their instruments and singing their tunes.

Sunday: Seeing as we're pretending to be in the heights of Summer, we need a bit of seaside treatment. Our luck's in as there's a Punch and Judy festival in Covent Garden. We'll be cheering at Toby the dog stealing sausages all afternoon.

Or, jet off the Cuba and really enjoy what's left of the Summer instead.

There's lots of stuff to do here, and lots of opening and closing times. Londonist thinks you should take a quick gander at the websites before you go for more information.