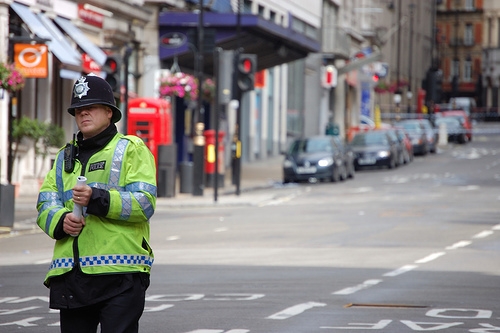 A nasty day in London, when it seems we came close to something even more horrific than 7 July two years ago. And rumours are circulating of another discovery in Park Lane.

Sky News have a lead suggesting disaster was averted by the first cop on the scene, who saw the car was wired to blow, and diffused the device.

The facts as we currently know them:

• The attempted attack took place around 2am on Haymarket, close to Tiger, Tiger.

• A ‘green metallic Mercedes’ was abandoned at the scene after crashing into a bin.

• It contained 60 litres of petrol, gas cylinders and nails.

• Tiger, Tiger contained an estimated 1700 people – the police say the device would have caused ‘carnage’ had it exploded.

• No specific group has been identified, but ‘international elements’ have been mentioned by Whitehall.

Park Lane is also closed after another suspicious vehicle was found in an underground car park - possibly ‘linked to the Haymarket bomb’.

So a busy day for the new Cabinet, with the emergency response committee Cobra called into action. There is some speculation that the timing may not be coincidental.