Pirates of the Caribbean: At World's End

By sizemore Last edited 180 months ago
sizemore Pirates of the Caribbean: At World's End 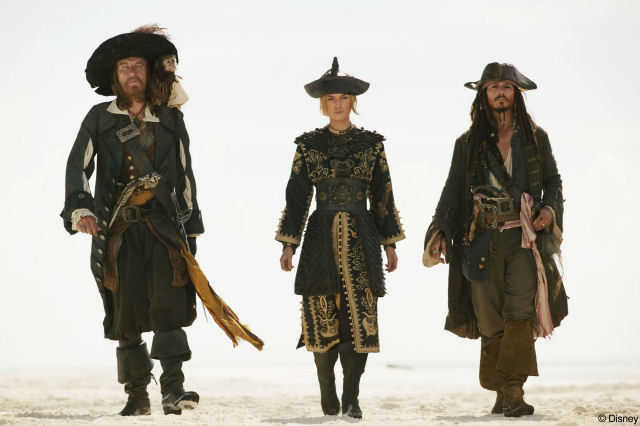 Pirates of the Caribbean: Dead Man's Chest received some decidedly mixed reviews and while we enjoyed the romp it did seem uneven and messy compared to the first movie, which let's face it, didn't really need a sequel.

With things left hanging the way they did you couldn't help but feel that Empire Strikes Back had been perhaps too much of an influence on things. So we went along to last night's screening of Pirates of the Caribbean: At World's End full of foreboding that perhaps this one would be full of Ewoks wearing tri-corner hats...

Thankfully we had nothing to worry about. In fact we'll go further and suggest that the third outing is perhaps even better than the first. It takes the time to fill in the gaps left from part two and goes to great lengths to bring the saga full circle with events from the first movie cleverly mirrored in the finale.

The plot is as convoluted as ever. Jack Sparrow last seen being devoured by a beastie in Dead Man's Chest is now in the limbo of Davy Jones' Locker. The remaining cast assemble on a quest to rescue Jack, via Singapore and a certain awesome Captain Sao Feng before tackling the East India Trading Company who are systematically ridding the high seas of pirates. Everyones motives for getting Jack back are far from heroic and soon we're off on a roller coaster ride of double crosses and multiple plot strands that all come to a dizzying head in a quite frankly spectacular set piece. Cannons as well as cannonball fly through the air, sailors and pirates are flung about left, right and centre as buckles are well and truly swashed and Jack Sparrow does his best to outsmart the lot of them... 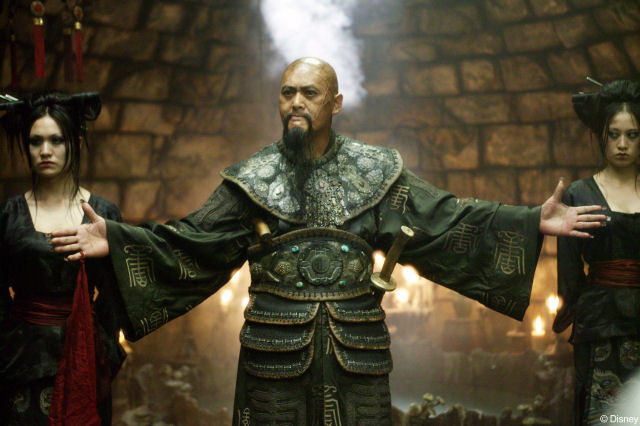 The second movie certainly suffered from having too many characters to juggle. This time out the film makers make the inspired decision to cull the cast. Key players that you thought certain would make it through to the closing credits are shown no quarter and done away with no mercy. As well as giving the film a little more edge (and genuinely upsetting the kids we were sat near) it provides more motivation than usual for the central protagonists.

This may well be the darkest Disney movie ever made. It opens with a child too small to reach his own noose and along the way we're treated to women being shot in the head, and all manner of running throughs.

Don't fret though, Jack is as jaunty as ever throughout and the movie has as many laugh out loud moments as you'd expect. Depp is thoroughly at home in Sparrow's skin by now and has a lot more fun than usual with the moral dilemmas that plague his under-dealing shenanigans. Plus we get treated to multiple Jacks including one memorable version who is literally absent minded. And then there's that much talked about cameo by Keith Richards... 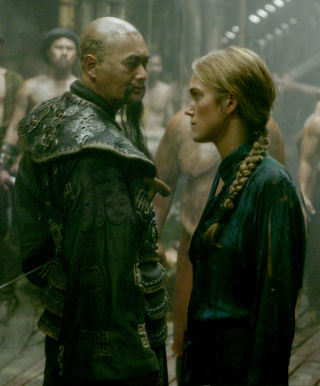 Keira Knightley, usually hard done by in the role of Elizabeth, here finally gets to kick some real arse. Her character's progression through the trilogy is perhaps the most interesting and even though she provides a little titillation in the earlier part of the movie (which has a nice Mad Max feel about it too) for the most part she gets some of the choicest lines and a lot of screen time with the legendary Chow Yun Fat.

If the second film was missing one thing it was Captain Barbossa. Part three sets that right by giving Geoffrey Rush plenty of room to aarrrrrrr his way back into our hearts. Where the first movie had a cursed skeletal crew full of real characters, the second seemed to swap them for nothing but annoying CGI, and as much as we liked the look of Davy Jones he was never as fully fleshed out or as fun as Babossa. Rush just chews up the scenery and steals all his scenes (even from Depp). Meanwhile Bill Nighy's Jones finally gets some backstory and the chance to add a little depth to the role.

Bloom is Bloom. He pops up throughout the film of course, but he's wisely kept on the edge of things until the very end meaning his character gets to pop a lot more wallop. We'll actually forgive a lot of his earlier foppishness for a singularly funny proposal scene amid a sea battle and an absolutely fantastic screen kiss. Ahhhhh.

Full marks then to director, Gore Verbinski. At World's End is going to make a lot of kids very happy this summer, but older film fans can quietly check off nods to Sergio Leone, Terry Gilliam and even the great Ray Harryhausen. Even Hans Zimmer pulls out a little something special for an Ennio Morricone inspired piece, plus of course the crowd pleasing theme that adds an extra element of fun to exploding ships, flying monkeys and the clattering of cutlasses.

And if you want pirate flags this film has got them. There's a HOIST THE COLOURS scene that will shiver even the most hardened of timbers...

Forget Peter Parker. This is THE summer blockbuster.

Pirates of the Caribbean: At World's End opens on Friday with previews this Thursday. Don't even think about waiting for the DVD. You need to see this one on a large screen, with great sound and kids in every other seat. 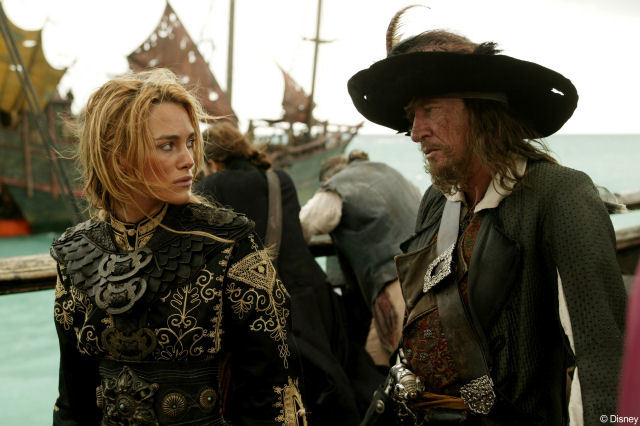