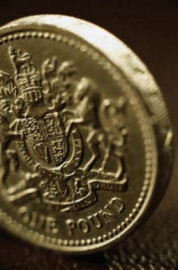 It's not quite the Brinks Mat job, but there's an extra couple of grand on the streets of London tonight - all in £1 and £2 coins half-inched from Sainsbury's:

Three men appear to have parked a van directly behind the unmarked security lorry in Grafton Way, Camden. From there, they were able to remove the bags of £1 and £2 coins while the driver and one other were in the store. Police said the men were "bold" to have carried out the raid on Tuesday morning in broad daylight in a busy street.

Bold and with extremely large pockets then.

It's exactly this kind of low key robbery that ends up being made into feel-good family swill before being turned into dire west end musicrap.

As such we'd like to suggest that public hanging be brought back for just this kind of crime in order to bypass any chance of an all singing all dancing happy ending.