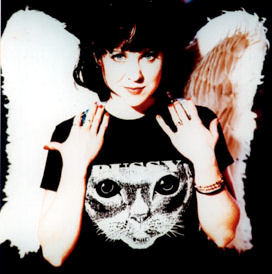 It's a difficult time to be law abiding. If you be a good little consumer and hand over a wad of money to see a film at the cinema instead of downloading it then you get to sit through a warning telling you to BEHAVE. Same if you rent a DVD and end up with a lecture on why you shouldn't be watching pirated copies that can't be skipped even though you're one of a dying breed who are still obeying the law. And then there's music - if you bought something from Sony last month they were so worried that you were going to try and do something insidious (like copy it from one device to another) with what was now YOUR music that they completely fucked your PC. Meanwhile everyone riding the torrenty waves of piracy seems to get a much better deal (as long as they don't get caught of course)...

So isn't it a good thing that so many artists are getting tired of their fans being messed around and go to the trouble of doing something a little different. We mentioned Steven Soderbergh's Bubble a while back which is the first film to try and circumnavigate the normal release mantra of studios and now we'd like to point you in the direction of 50FootWave. Everyone loves Throwing Muses right? Kristin Hersh is a goddess - no arguments. So quit reading this and go download the new 50FootWave EP for free. No catches, no interweb police following you along the broadband with dum dums, no crippling malware. Just the music - fresh and free.

Money has so polluted the music world that my overwhelming urge right now is to divorce money from recorded music. Over the last 2 years we've been relying on standard 'industry' channels to help us educate listeners about 50 Foot Wave and we've met resistance every step of the way — caused by little other than money — and to an extent I've never seen before. So we're sending free recordings off into the world to do their work. If people enjoy these songs and are excited by them, we ask that they share them with others. The music business is about fame and huge profits — egos and greed — music itself, is not.