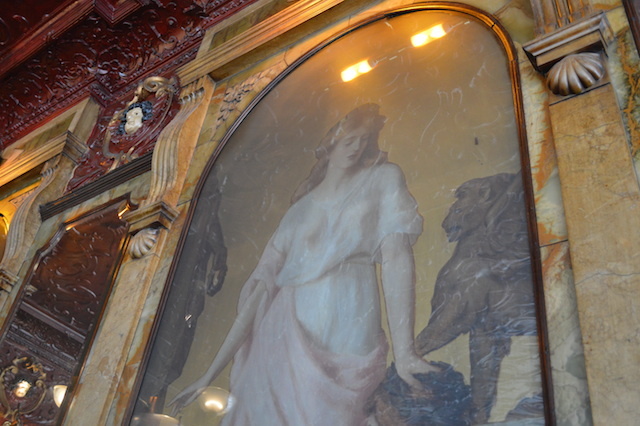 Next to, named after, and of a piece with Holborn Viaduct, this gorgeous corner pub is rightly famous. Its wedge-shaped profile is familiar to anyone who's walked into the City from Holborn. Its interior is a gentle riot of marble, mirror and painting, culminating in four depictions of the statues of the viaduct.

This is a Fuller's pub, with the usual range of beers. The Viaduct also touts its gin selection, offering botanical treats in bathtub glasses.

The other notable feature is the basement, said to contain cells either from Newgate prison or else the neighbouring Giltspur Compter. Not everyone is convinced. Nevertheless, if the pub is quiet, they'll often open the cellar door and let you go and inspect.

On Twitter as @TheViaductEC1. Available for hire at weekends.