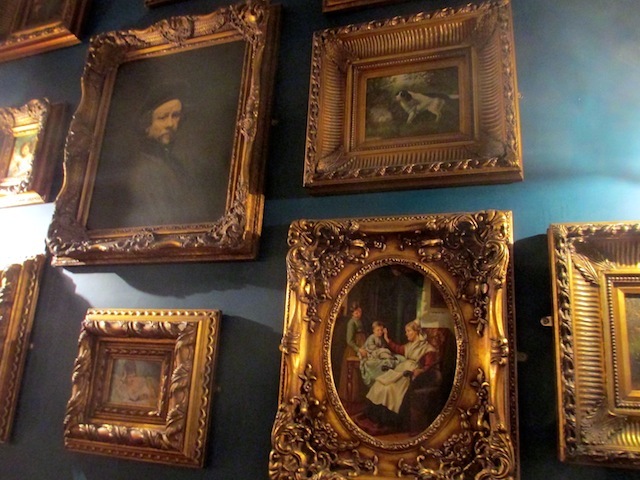 This pub was voted among the best pubs in Wandsworth by Londonist readers.

Wander into the Wandle, by the river Wandle, buy a pint of Wandle, then leave the pub for Wandsworth. This place owes a lot to the mysterious Anglo-Saxon settler called Waendel, who gave his name to the river, town, pub and beer. We wonder what he'd make of this smart modern place from the Capital Pub Company, which pitches itself half way between a dimly lit drinking den and promising gastro-destination.

Two other ales, besides Wandle, feature, and there's a reasonable wine list. The food menu is eclectic, from pear and black pudding stuffed pork to plain old chicken kiev. We also noted a vowel-muddling 'Zues' platter of Greek treats.

A large back room offers bench seating for large groups, with two more cosy spaces round the other side of the bar. The beer garden offers plenty of outdoor space during warmer weather. And look out for the massive jugs behind the bar.

Back to all Pubs Back to Earlsfield
Click for Comments