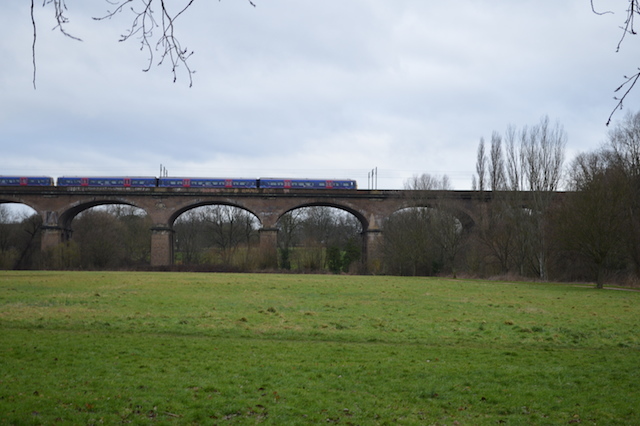 Some pubs have cryptic names: the Camel and Artichoke, the Defector's Weld and (long-gone favourite in Greenwich) the Frog and Radiator. Not so The Viaduct. Take one look outside the upstairs window, and there's Brunel magnificent railway viaduct, carrying the former Great Western railway over the Brent valley on its way to Bristol. (Take a look out of the other window, though, and you'll spy the less-than-dainty Ealing Hospital.)

The main pub is a reasonably cosy affair, with a sporty end and a foody end. There's a strong locals' presence, but also plenty of passing trade with the hospital across the road. There's also a fairly large comedy club upstairs, which doubles as a room-for-hire. It's a Fuller's pub, with the usual selection of beers and food.

Back to all Pubs Back to Hanwell
Click for Comments