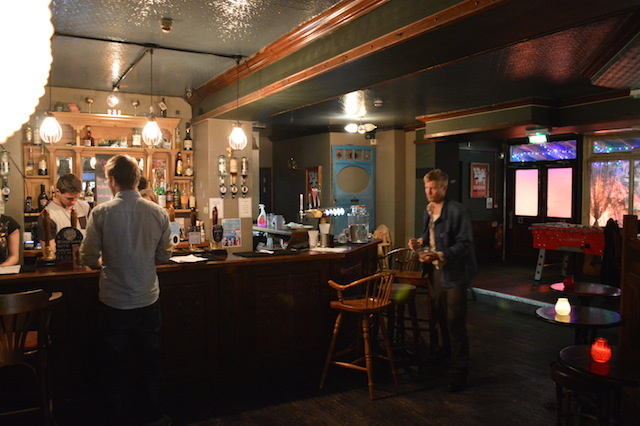 This pub was voted as one of the best in Walthamstow by Londonist readers.

The Chequers claims to have been trading in 1699, prominently positioned on Walthamstow High Street. Since then, it's had, ahem, a chequered history, with Kray associations and a voluntary closure through drug problems. Recalled to life in 2012 by the Antic chain and quickly sold on, it's now in the capable hands of the team behind the Shacklewell Arms and the Lock Tavern.

It's quite a spacious place, with a various sectioned-off areas and a cosier back room. There's a pretty strong beer showing, with five or six real ales, including the occasional offering from a small brewer. Wines are less bountiful, but by no means a poor show. Food's in the £9-£10 sort of ballpark (more for Sunday roasts), with a smoker oven providing porkish delights.

Also, this place should have a jukebox so that anyone old enough to get the joke can sing 'Chequers plays pop..'.