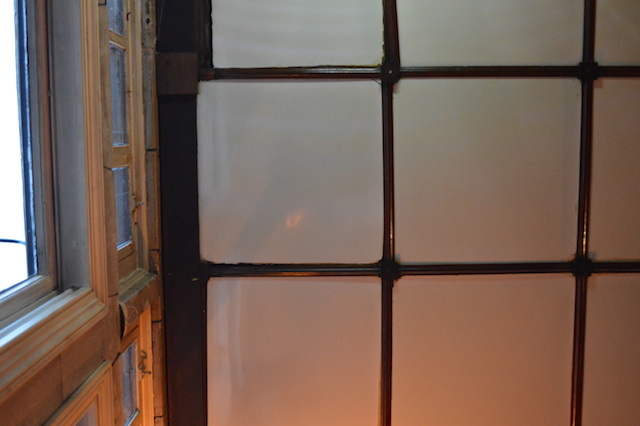 "Have you been to the Royal Oak?", asked a friend. "You often see Jarvis Cocker in there, surrounded by people who think that they're cooler than Jarvis Cocker." We headed over. No celebrities to speak of, though we did get accosted by a local teacher who'd been drowning her sorrows alone for three hours, for reasons we probably didn't ought to reveal. The Royal Oak remains a reasonably trendy place to hang out. It was certainly more abuzz on a Tuesday night than most boozers.

Plenty of people were knocking back grape and grain, and a few were tucking into the pub's well-regarded menu — a sophisticated affair more familiar to west London venues, with its ox cheeks, roast partridge and salted butterscotch pudding... more of this sort of thing up stairs in the dining room. Nothing much of note on the beer front, but not a disappointment either. The decor is something to behold. In particular, the ceiling looks like it was imported from a traditional pie and mash shop. The timewarp factor is cemented by the knowledge that the Royal Oak was the pub featured in TV show Goodnight Sweetheart.