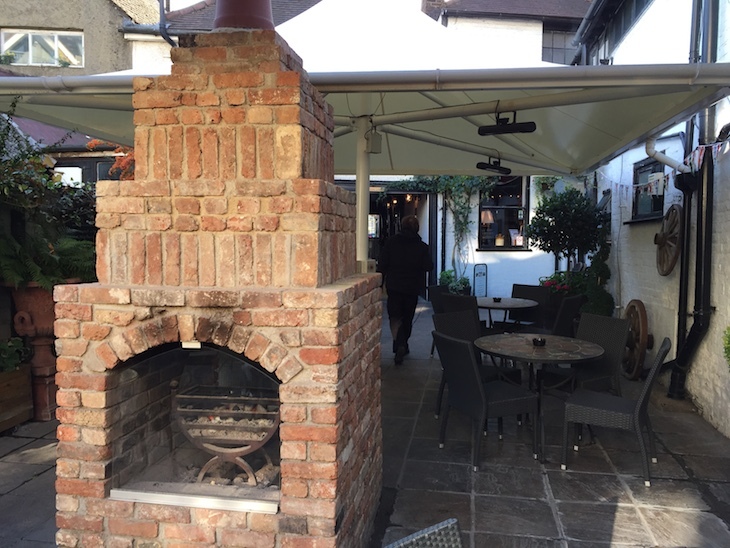 What a tremendous little pub at the top of the Northern line. And little is an accurate description, at least in terms of its low ceiling, evidently designed for people a few hundred years shorter than the giants of today. Former patrons at this 16th century inn supposedly include Samuel Johnson and a less famous female comrade in 1774, and General George Monck in 1660 on his way to helping Charles II back onto the throne. It would be fair to surmise Dick Turpin raised an elbow hereabouts.

The ale choice is very 21st century, with a half dozen tipples from small local breweries. Wines are perfunctory, but the food is of a pleasingly no-nonsense type: everything is 'with mash or chips, gray and greens'. It's hard not to love a pub whose greens are greens, not drizzled with this and that, or pulled or whatever; down with your 'Clervaux seasonal vegetables'.

A one-armed bandit sits lopsidedly on one wall, Good Beer Guides are piled above the fireplace and there's even wi-fi, unexpectedly. One of the jewels in the pub's crown is the splendid garden in the rear, including what looks like some sort of kiln, perhaps where large men proudly obliterate the outside of burgers and chicken legs during the summer months.

Overall the Mitre has the feel of a village pub that's survived the difficult times such small hostelries have endured in recent years and has emerged triumphant on the other side, intact and deserving of a trip up the High Barnet branch.