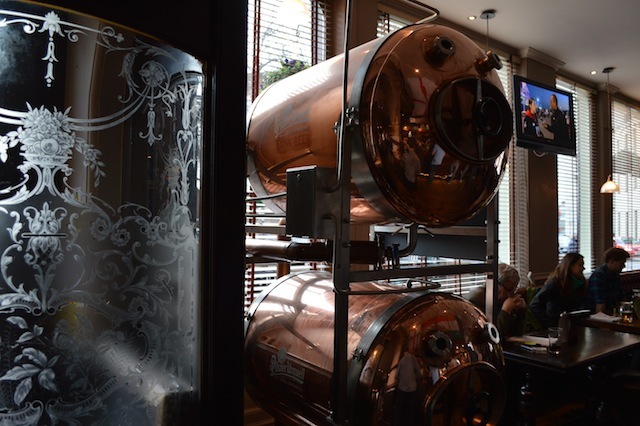 This big pub on Parson’s Green is somewhat notorious for the perceived nature of its clientèle, earning it the nickname ‘The Sloany Pony’. While there’s some truth in this perception, not all of the pub’s customers are annoying ‘gap yah’ types, and the selection of beer on offer is certainly beyond reproach. Actually, more than that. It's bloody brilliant, with at least 10 ales at the disposal of the bar-person's wrist.

With a wide range of cask and keg ales from a variety of UK and European brewers, as well as some big (and sometimes expensive) American craft beers, there’s enough variety here to keep an eager beer drinker entertained for some time. The pub further cements its beery focus with regular beer festivals (including a rather excellent annual American beer festival around Independence Day) and a conspicuous tank of unpasteurised Pilsner Urquell. There's even a gluten-free option in the shape of Mongozo pilsner (see our guide to gluten-free drinking).

The food is a tempting offering in its own right, and people come from far and wide to dine here. There's a kind of progression of posh-ness as you move round the bar. The north-east corner is mostly concerned with chummy drinkers. Work your way round, past the pumps, and you reach an informal dining area, with the occasional sipper. Then, in the south-east corner, you find the well-appointed dining room, where those organised enough to pre-book have a table.

It's a big place, but also a popular one, so the heated beer garden (if such it can be called) overlooking Parsons Green is a very welcome overspill.

Back to all Pubs Back to Fulham
Click for Comments