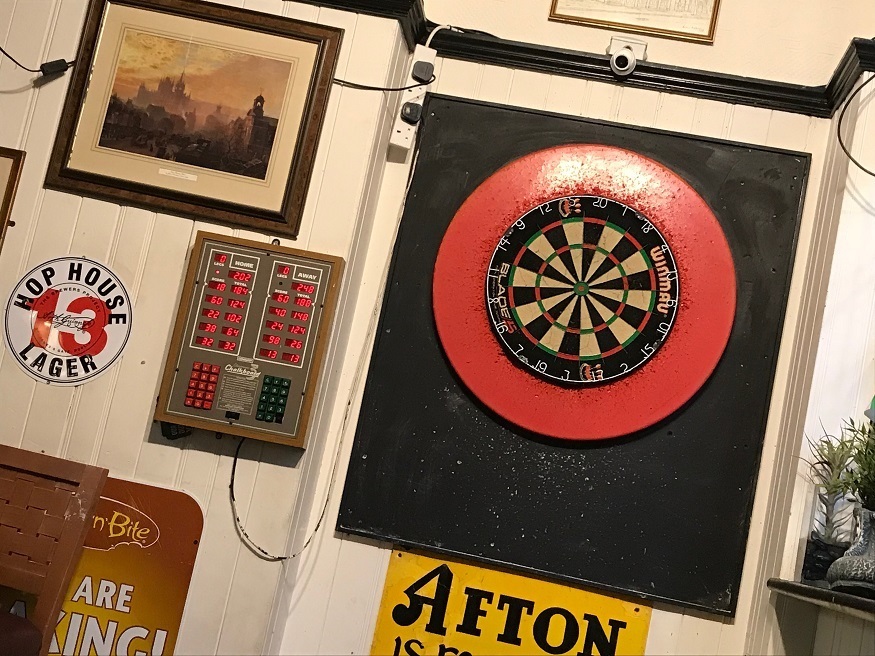 The Boot looks from the outside like a pretty standard Irish tavern. Inside, there's an obvious Irish feel, but unlike some pubs of this type, which can be intimidating to all but the most Celtic of Celts, The Boot is welcoming to a fault.

The bright interior includes pool, darts, sport on TV and a jukebox and yet don't write this off as a sports pub. They have live music, 'homemade' food on the menu and friendly bar staff. The clientele is mixed, and on one visit included a man with a booming Yorkshire voice so like Mick McCarthy it took three or four double-takes to be sure it wasn't him.

The pub is decorated with all manner of unlikely objects, from tea boxes to matchboxes to curious brass pots. It was named in the Top 50 best pubs in the 2008 Rough Pub Guide, which is commemorated in a plaque on the wall that includes a still from Carry On at Your Convenience. Kenneth Williams, who grew up in the streets hereabouts, was a notable customer.

There's nothing spectacular about the drinks on offer, fairly standard beers and wines. The Guinness is well kept, as you might expect.

A pub has stood on this site since 1724, and was mentioned as a house of interesting repute in Charles Dickens' Barnaby Rudge — indeed, we visited a few years back on our Charles Dickens pub crawl. As related in Rudge, The Boot was the headquarters of the anti-Catholic Gordon rioters of 1780, a disturbance that led to widespread turmoil in England and demonstrated the problems faced by not having a professional police force in the country.