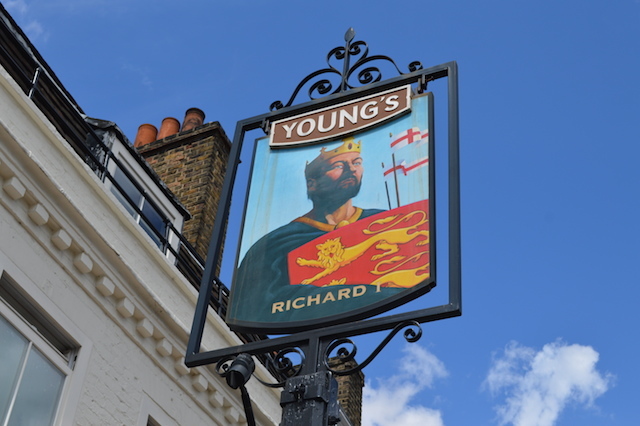 There are surprisingly few pubs named after medieval monarchs in London. This would boss them all, perched on a hill with a mighty fine collection of worthy attributes.

A recent refit by Young's has smartened the old place up. The front room reminds us of something from the Geronimo chain, with a blue paint job, comfortable side-seating and the popular bay windows. Out back, you'll find one of the city's best pub conservatories, mostly given over to diners.

The crowning glory comes in the shape of a generously sized beer garden, replete with heaters and awnings for winter, or the notorious British summer. A number of Young's ales are on draught, along with a couple of guests, including London microbreweries like By The Horns and Five Points.

Meantime's Greenwich Union pub is literally next door — you could play a round of blind badminton over the garden fence if you felt like it. With two other pubs just a few paces up the hill, this could be the laziest pub crawl you ever undertake. The Richard I is the best, though.