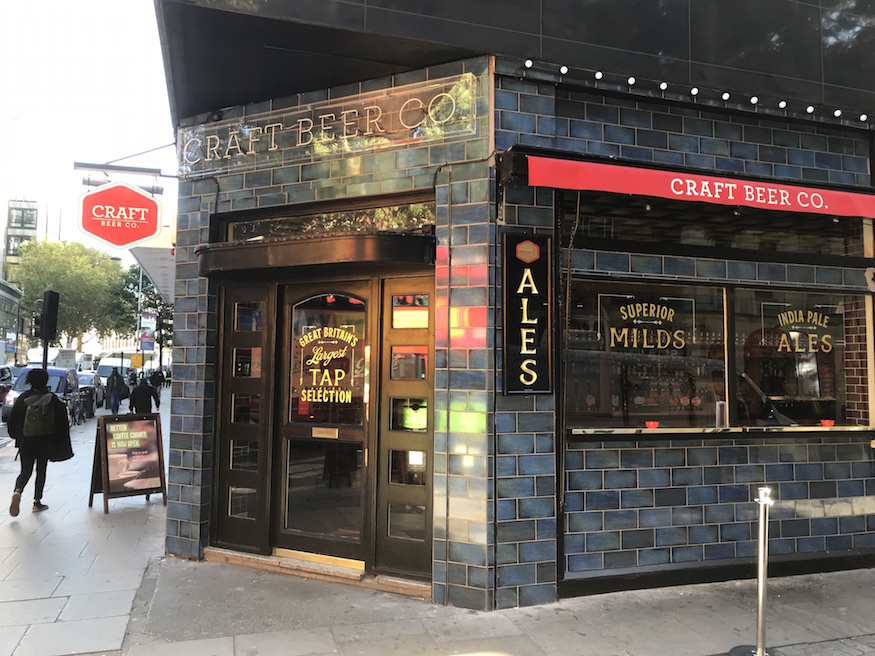 The West End instalment of this popular craft ale chain opened in May 2014, the fifth in London. The formula is similar to its sister pubs. Sparse furnishings but with a monumental selection of beer. With 15 casks and 30 kegs, you won't even be able to try a half of each, unless you're some kind of loathsome beer monster.

The ground floor bar is diminutive, and most of the seating is by way of window stool. However, there's a larger searing area in the basement that helps with the crowds — an especially attractive option since it recently opened its own bar.

The pub has also reclaimed a portion of the Endell Street pavement with some posh-looking rope, for people to stand outside.

The food, by Buffalo Bun, is a bit limited for those who don't want to rip their teeth through a hunk of dead animal, but there is an halloumi option.

A recent facelift has seen the bar coated in blue-glazed tiles. A classy improvement on the turd-brown scheme that came before.