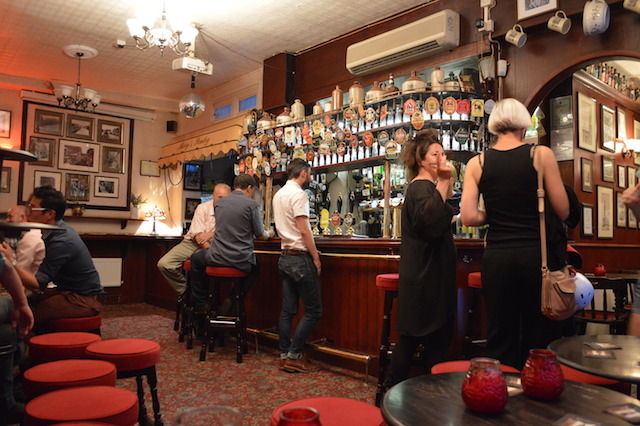 It's hard not to slip into cliche when describing this place. 'Proper boozer', 'good old-fashioned locals pub' and 'genuine old-school' ought to do it. It has a carpet, for Pete's sake. How many pubs still have carpets? It's also a rare pub in the area with the modesty to have a ceiling, rather than the usual congeries of air conditioning ducts and visible cabling. Amen to that.

Also a rarity is the mix of clientele. Its normally split pretty evenly between older residents and a younger crowd who work in the local startups or fashion industries. All mix amicably and respectfully. There's not too much room, however, and the crowds normally spill onto the quiet side street outside.

There's some history to the place which, formerly known as the Romford Arms, has stood here for approaching 200 years. Two candidates for Jack the Ripper are thought to have drunk here around the time of the murders.

Beer drinkers are well catered for, with four draught pumps — although its rare to find anything surprising in the selection. Still, it won CAMRA's East London Pub of the Year in 2013.