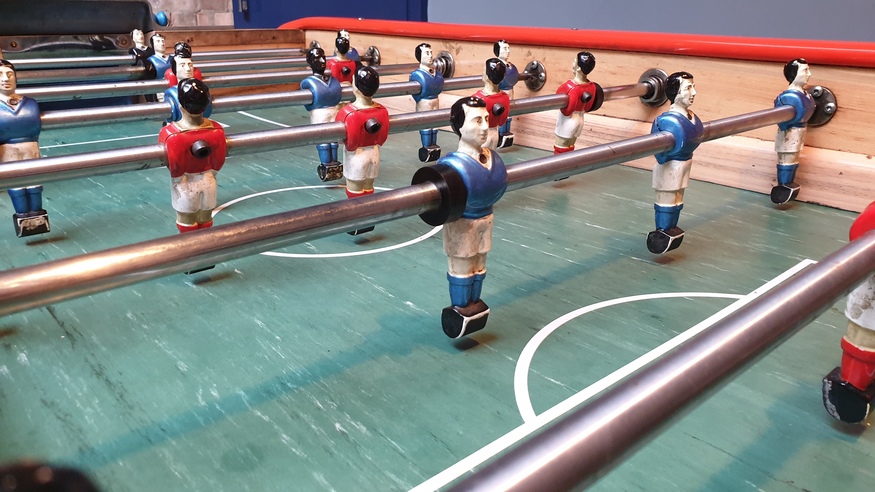 Green Lanes is best known for its standout Turkish culinary offerings. But there are more than a few worthwhile spots to soothe your throat with a pint, after the guy putting together your doner is a little too liberal with the chilli sauce. Like The Leconfield.

Down at the Newington Green base of Green Lanes, and adorned with mock Tudor frontage, The Leconfield looks like a place with some history. And that's because it has it in spades. The pub dates back to the mid 19th century when it was called The Royal Oak, and would have been an important resting point on the road between Smithfield Market and Hertfordshire for traders.

Inside the pub today, it's a hodgepodge of all different eras: reclaimed furniture, exposed brick, live sport on the TV and, most importantly, a decent selection of beer with a focus on nearby breweries (London Fields, Five Points, etc). There's an extensive food offering too — we plumped for the hand-cut chunky chips as a midday pick-me-up and they hit just the spot, as we were watching some footy.

There weren't many punters when we visited, but then again it was 1pm on a Saturday, not peak times for any pub in London. And one of the few guests apart from us happened to be a canine, whom the staff treated like royalty, with a selection of dog treats.

Quiz night is every Thursday.

Back to all Pubs Back to Stoke Newington