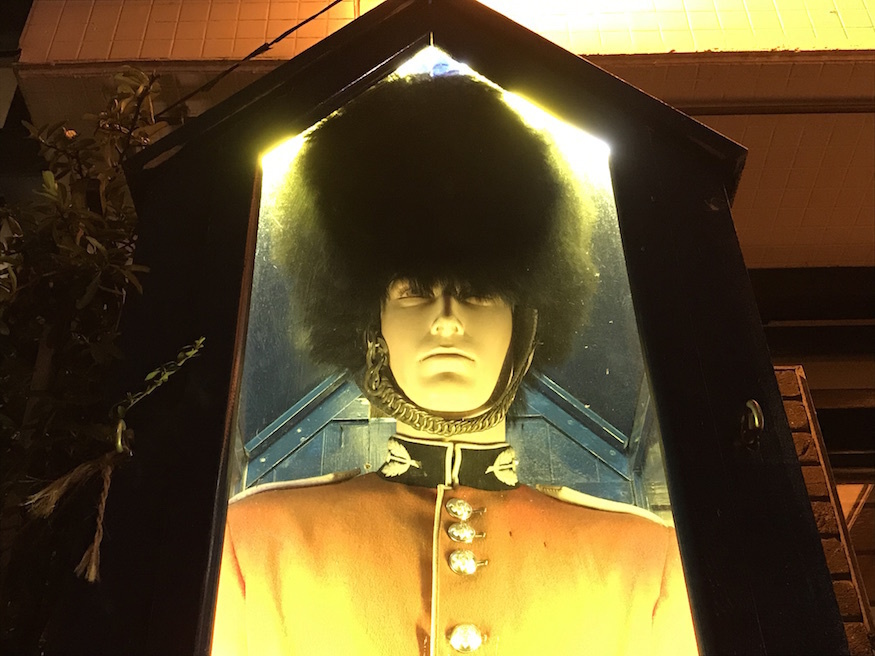 The phrase 'don't judge a book by its cover' has never applied more pertinently to a pub than Paddington's The Heron. On the outside, the place looks like an unpromising, flat-roofed estate pub. But to step within is to enter a magic kingdom.

This dark, cosy cave of a pub is ideally experienced in the winter, when the log fire is roaring way beneath a dazzling royal crest. We doubt actual royalty has ever been in here, but that hasn't stopped the owners plastering the walls with memorabilia. Superb though this place is, you might not enjoy it so much if you're of republican bent.

Even the ceiling is covered in royal keepsakes. Were Paddington ever to experience an earthquake, then punters at The Heron would find themselves covered in the remnants of three dozen plates decorated with Charles and/or Diana.

The eccentric decoration is a hand-me-down from Marylebone's much lamented Windsor Castle, which closed in 2016. The Heron also inherited the Handlebar Moustache Club, who moved their monthly gatherings here after their former haunt closed.

The food is also noteworthy, thanks to an excellent Thai kitchen (another feature of the lost Windsor). Eat in the pub, or head downstairs to the dedicated restaurant. No lesser critic than Tom Parker Bowles reckons this is 'the most thrilling Thai grub in London.

The beer choice is, by contrast, unremarkable, but there's so much else to remark upon here that this is probably a good thing.

Best pub in Paddington. No question.

Back to all Pubs Back to Paddington