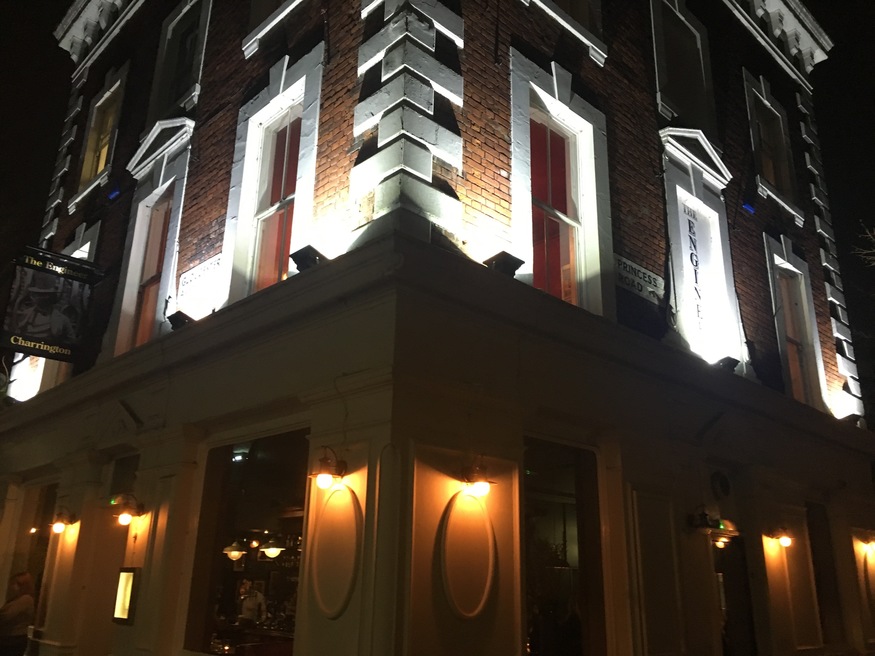 The Engineer proves that a gastropub needn't scrimp on its beer selection. Tucked away near the Regent's Canal in the shadow of Primrose Hill, here's a pub that's primarily about food, but realises that's not enough in today's market. Beer matters too.

The pub is a very short stroll from Camden Market, just five minutes down the canal. Whereas the former throngs with tourists, this is a quieter spot with a far more relaxed atmosphere. It's a bit ironic that it can be so quiet considering it's name. The Engineer is named after Isambard Kingdom Brunel, a man whose inventions helped make London the buzzing city it is today.

The menu here is extensive, though we haven't tried any of it ourselves. Instead we focused on the Craft Beer Residency in session, perusing through a few IPAs, before calling it a night. This is a good spot to have a quiet catch-up with an old mate.