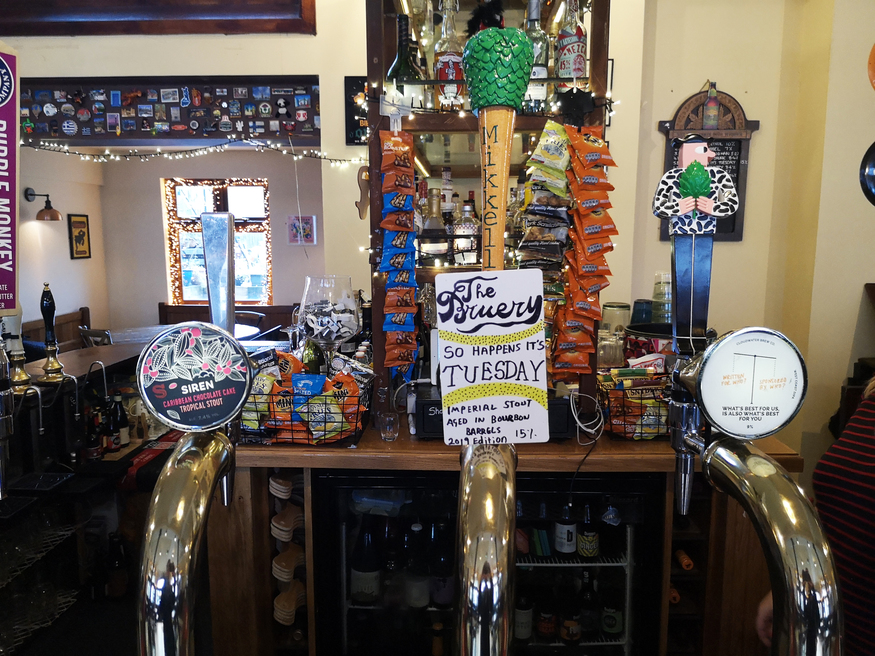 The mock-Tudor pebbledash facade of Star & Garter — like a lopsided, over iced wedding cake — screams Wetherspoon* more than anything else, and many unwitting beer disciples must have marched straight past it, ignorant of the lashings of lovely beer waiting behind its doors.

This, you see, is the younger sister of Stormbird in Camberwell — for our money one of the great craft beer pubs in all of Greater London. As in Stormbird, the bar here bristles with a forest of 16 keg pumps and eight cask. Classics like Kernel IPAs neighbour with 15% imperial bourbon stouts from California. And once you've done perusing the bar top, there is always something to blow your socks off, from the fridge.

Star & Garter is a place of big tables (good for scoffing your takeaway, which you're welcome to bring in), large arched windows streaming in light, and tin plate signs with a predilection for Belgian brews (another thing that's always on tap here).

It's 'pubbier' than Stormbird — it's larger, boasts a real fire, and generally entertains a more mature, slightly rowdier crowd than the Camberwell pub. On a Saturday night it's cacophonous, and even on a Thursday lunchtime, there's a steady trickle of bar bonhomie from the locals. Star & Garter has a beer garden, too — a step up from the kerb-crouching antics of Stormbird.

Sitting directly opposite the Picturehouse cinema, you could pretty much make a day of it in Bromley, and move only a few metres between the two establishments. But even if there's nothing decent on the big screen, Star & Garter is an excuse to visit Bromley alone.

*(If you're looking for the Wetherspoon, by the way, it's just a few doors down. We've not been in.)

Back to all Pubs Back to Bromley (borough)