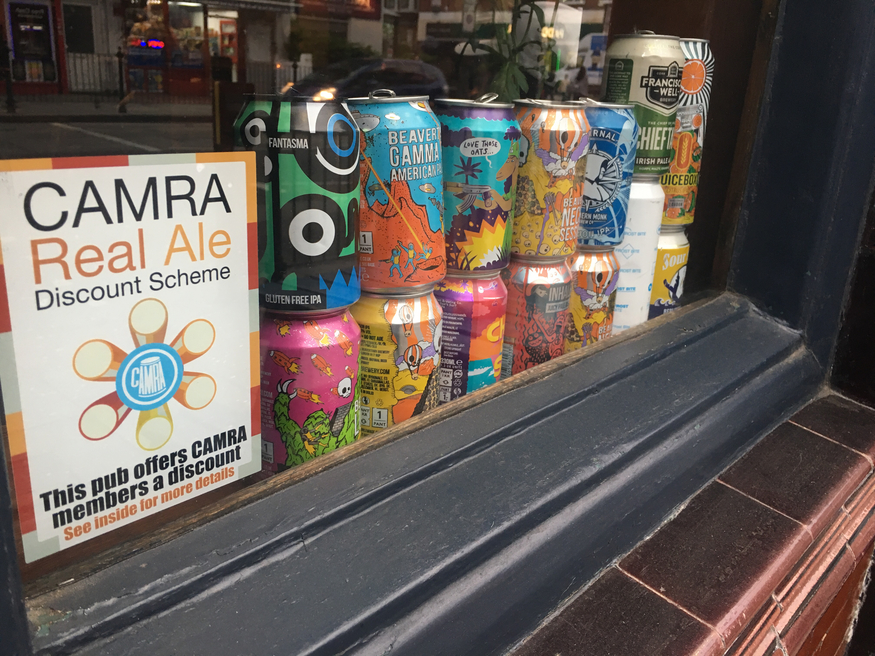 Kilburn is the traditional home of Irish London, and although a lot of today's immigrants from the Emerald Isle tend to look south of the Thames — Clapham being a particular favourite — a touch of green remains in north west London. Step forward Sir Colin Campbell, a pub that mixes Irish heritage with a modern outlook on craft beer.

The pub is a longstanding feature of Kilburn High Road, dating back to 1898, but has recently had an overhaul thanks to three old friends. They updated the decor and beer selection — the pub now boasts over 40 craft beers. The majority of these are in cans and bottles, but there's enough of a selection on draught for those who need their pint pulled. The pub's layout is a slightly odd one — it's basically two rooms bisected by the bar. However, that's just another quirk that gives the place some character.

On our visit, World Cup fever is in full swing, with two dainty projectors showing that evening's game. Though it's an intriguing matchup, we worried that the football might mean that the traditional Irish music might be cancelled. We needn't have feared. As soon as the game ends, the projector's rolled up and the band gets going. The music is a wonderful addition — for some an evening's entertainment befitting of the area, for others a lovely backing track to their conversation.

The Irishness of the pub doesn't just come from the music and the locale, but also the food on offer, as the picture above proves. However, food was the only thing that left us a bit bemused on our visit, when we found out that the kitchen had closed by 8.30pm on a Sunday. A shame, especially because of how tempting the menu looked.

Back to all Pubs Back to Kilburn and West Hampstead