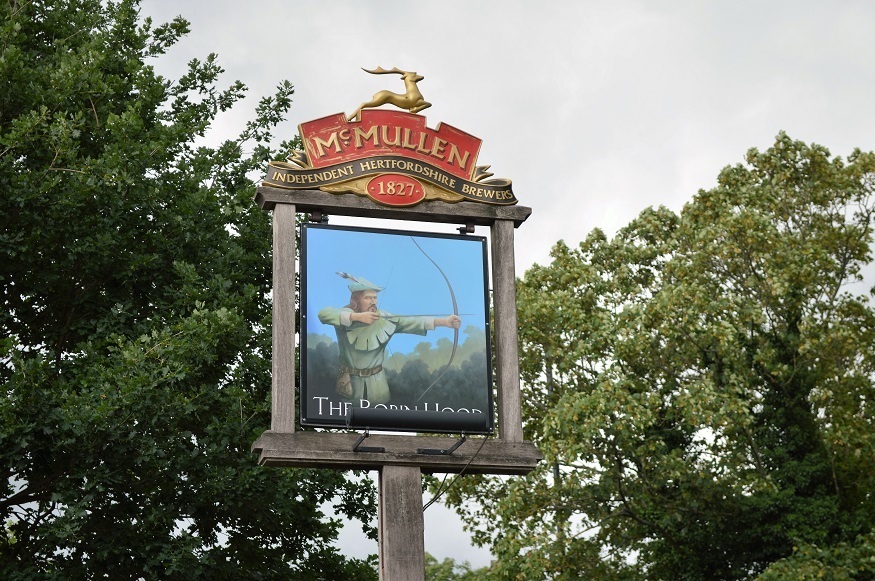 A pub named after an outlaw, in a village named after a penal colony (Botany Bay). The Robin Hood sounds like it might be a bit edgy on paper. Nothing could be further from the truth. This pleasant countryside retreat, one of the most northerly pubs in London, caters mostly for family groups, doing a roaring trade on weekends.

If you include the massive beer garden, you could seat hundreds at this ginormo venue. It's certainly big enough to accommodate all 200 of Botany Bay's residents at any given time. The size of the two car parks reveals that the clientele are not quite all locals. On our visit, it had filled to capacity by 1pm on a Sunday.

The drinks range is reasonably good. We were heartened to see a trio of pumps from McMullen, the Hertford brewer that supplies the lion's share of pubs in these borderlands. There's room for improvement with the Sunday roast, which featured undercooked veg and tough beef, but it was well priced and quickly served (though perhaps that's the problem).

The pub promises spectacular views into Hertfordshire. You can just about get them from the conservatory dining area, or else by climbing the preposterously large willow tree in the back garden. Note the warning in the photos below, though.

Back to all Pubs Back to Enfield