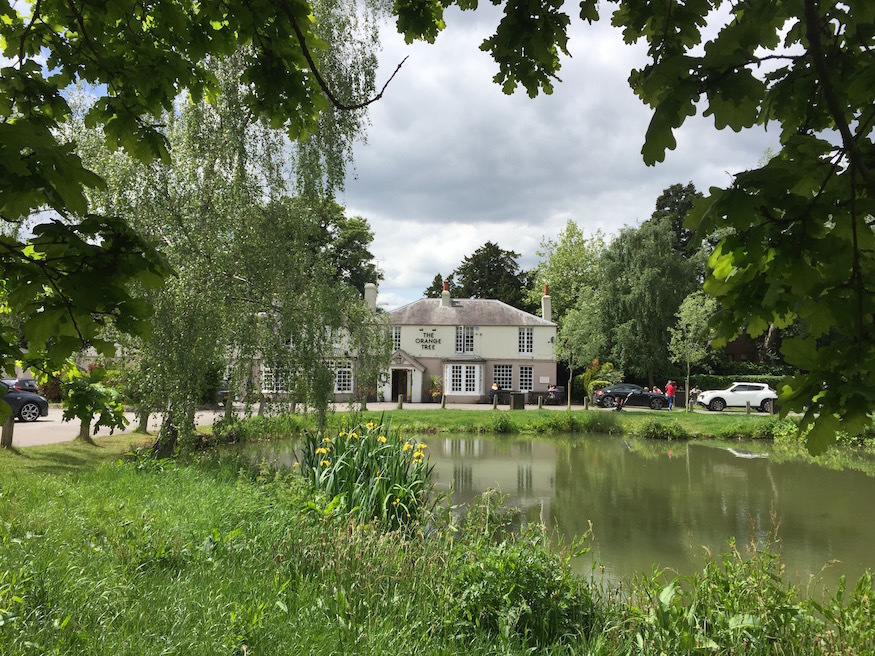 Totteridge is not a place on most people's 'hot locations to go out in' list. Which is a good thing. This ancient and picturesque village has a sleepy countryside feel, a world away from the busier areas of Finchley and Barnet between which it is sandwiched. Long may it stay that way.

The Orange Tree matches (and indeed makes) the location. It's a handsome roadside tavern best viewed from t'other side of duckpond. There's been a pub on the site since 1755, though the present building is from the 1920s.

The village has been home to such notables as Roger Moore, Cliff Richard, Arsene Wenger and any number of professional footballers. It's a well-to-do place. That's reflected in the pub, which is higher-end gastro. Round mealtimes, most of the tables are ready-laid with cutlery, and you'll be greeted at the door by a friendly member of staff. We enjoyed a fine Sunday roast in a dining area that's refreshingly child friendly.

Just turn left if you're only after a drink. The bar area is deliciously turned out, with rococo mirrors and chrome lampshades. The pumped beer selection isn't the most ambitious (Pride, Doombar... are we still in 2002?), but the bottled options include a few by Siren and others. You're much better served if you're a wine lover, and there's also a fair list of cocktails and mocktails. At the extreme end, you could splash out on a £120 magnum of champagne. Remember, the clientele include Premiership footballers.

The Orange Tree is a little out of the way, and most people are either local or drive (or both). However, the 251 and 326 buses stop right outside.

Back to all Pubs Back to Barnet