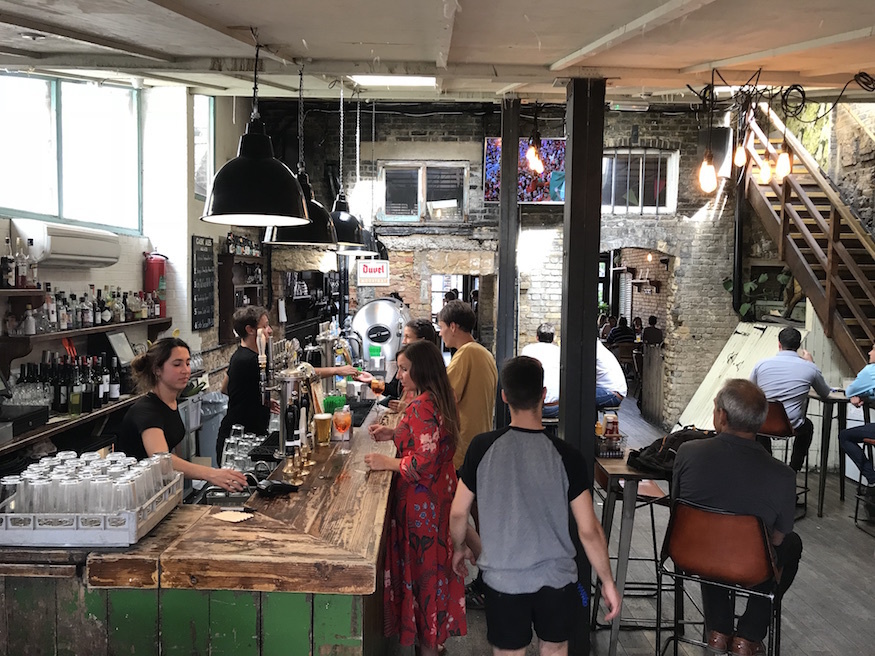 It's impossible to dislike the Crown & Shuttle. An old Shoreditch institution that dates back to Victorian times, the C&S closed some time around the millennium, having degenerated into a strip bar. It was reborn in 2013 as a modern, craft-beer focussed pub with much to commend it.

A handsome, sturdy exterior is paired with an interior designed to look like it's falling down. Ramshackle carpentry, exposed brickwork that looks like it's held together with cobwebs, and a pair of comedy basement doors that keep swinging out onto punters... all studiously Shoreditch.

And what the shitting bastard is this?

Despite all this — or perhaps because of it, we can't decide — the Crown and Shuttle is a fab place for a drink. Always plenty of vibe, without feeling crowded. A large beer garden helps — although it's had the misfortune to face onto a building site almost since it opened.

The beer choice is pretty good, with Meantime tankbeer and several unusuals on keg — though not as varied as a few nearby competitors like the Griffin.

Back to all Pubs Back to Hoxton and Shoreditch