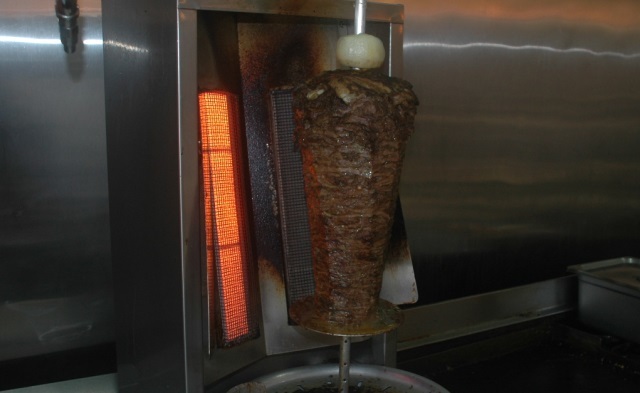 Kebabs' dubious culinary merit and their association with late-night drinking force them a long way down the pecking order when it comes to the best places to eat in the capital. But there are plenty of fine kebaberies in the city to get your greasy meat fix — here we sidestep the fashionable shawarma joints and proper Turkish restaurants to give you London's best sellers of a proper dirty doner.

(Edit: there are too many on Green Lanes to pick any single one, so it has its own dedicated article.)

Planet Kebabs, Archway
Right, let's get this out of the way now: in the battle of the Archway kebab shops one always ends up on top, and it's not Planet. Archway Kebabs, directly across the road, is so highly acclaimed it even won a gong in the most recent British Kebab Awards. But Planet gives you bigger portions, the staff are friendlier and it provides a better overall experience than its nemesis, which has started letting success go to its head. One word of warning: Planet's salad is excellent, but avoid the onions with the greenery in it or you'll be picking bits of basil out of your pita all night.

Brothers Kebab, South Ealing
Everyone knows the ideal time of day for a greasy doner is whenever the barman has shaken his head dolefully at you for the final time of the evening. Unusually, this gem on South Ealing Road tastes best at 6.15pm on a Saturday evening — following a few pints, a trip to nearby Brentford FC and a couple more for the road. Regardless of the scoreline, the Brothers make the long walk up the road to the Piccadilly Line a marvellous experience with their uncomplicated, splendid fare.

Quality Cafe, Brixton
Now this might seem like an implausible selection to anyone who has walked past Quality Cafe. It looks like a bog-standard full-English gaff from the outside, and the staff look at you sceptically as you order a kebab. It turns out, though, to be remarkably tasty fodder, perfect for a post-Academy treat, and of ideal size to chomp on the way up to Stockwell tube in a bid to avoid the monstrous gig crowds piling onto the Victoria Line at Brixton. 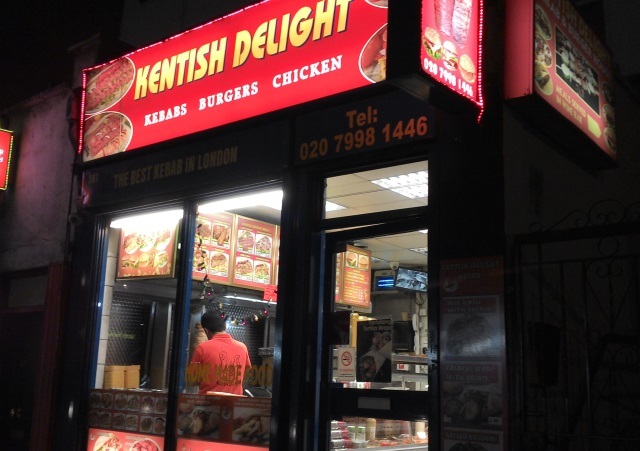 Kentish Delight, Kentish Town
Kebabs are inextricably linked with hangovers, given their irrevocable pairing with large amounts of drink. Thankfully, the upstanding men of Kentish Delight have developed a foolproof hangover prevention kit in the form of their large chicken doner. No-one knows how it works — simply rest one of these beasts on top of your bellyful of beer and you'll wake up fresh as a spring lamb. Like sausages and Dr Pepper, it's probably best not to ask.

Dilber Kebabs, High Barnet
At the very extremities of the tube network you can often find yourself shivering, tired and seemingly so far from food it that you'll be staring at your forearm and seeing a ham. At times like these, a place like Dilber Kebabs comes into its own — a beacon of hope in an under-loved part of darkest north London. Londonist recommends an unorthodox order of two small doners instead of one large, to sensibly sustain yourself out in the wilderness.

Kebab King, Putney
This outlet's unassuming facade hides a fine line in standard kebabs, but its chicken shish is a particular delight. In the words of one south London source it "makes the long drunken trek up Putney Hill toward Wimbledon just about bearable". However, be warned that should you order a chicken shish from any kebab shop in the mistaken belief it's healthier, you will incur the wrath of anyone you're in there with who orders something that doesn't take half an hour to cook.

Diyarbakir Kebab, Lisson Grove
Sometimes it really is all about appearances. Diyarbakir makes our list not for the quality of its product but for the incredible girth of the elephant's leg in the window. Honestly, this thing is the size of a turbine at Heathrow; it easily matches the huge trunks you see rotating brazenly in cities like Munich and Vienna. So close to Lord's cricket ground it's frankly unseemly, and yet worthy of as much applause as an Eoin Morgan pull for four.

City Best Kebab, Old Street/Hoxton
Two features of this outlet's kebabs launch it far above its competitors in a part of town still recovering from the hipster wars of 2009. Firstly, the portions are gigantic: Londonist has so far not been able to finish a single one of the many large lamb doners picked up on Pitfield Street. Secondly, the chilli sauce: it will have you sitting in consternation for to 48 hours later, as all good chilli sauce should.

Dishonourable mention: All of Camden
Is there a single kebab shop in Camden that knows what it's doing? Wraps and unacceptable sauce in bottles abound. In one place, a standard large doner comes with the meat, salad and sauce in the box as you'd expect...but with the pita bread, unopened, sitting on top of the box within the bag. How they expect you to eat this without somehow opening the pita yourself and putting the contents of the box in with your hands is a mystery worthy of Jonathan Creek.

Do you agree with our choices? Is there no decent doner in east London? Dare you defend one of the disgraceful Camden outlets? Name your own personal favourites in the comments below, though please note demands to include E.Mono will be disregarded, as it's just too obvious.