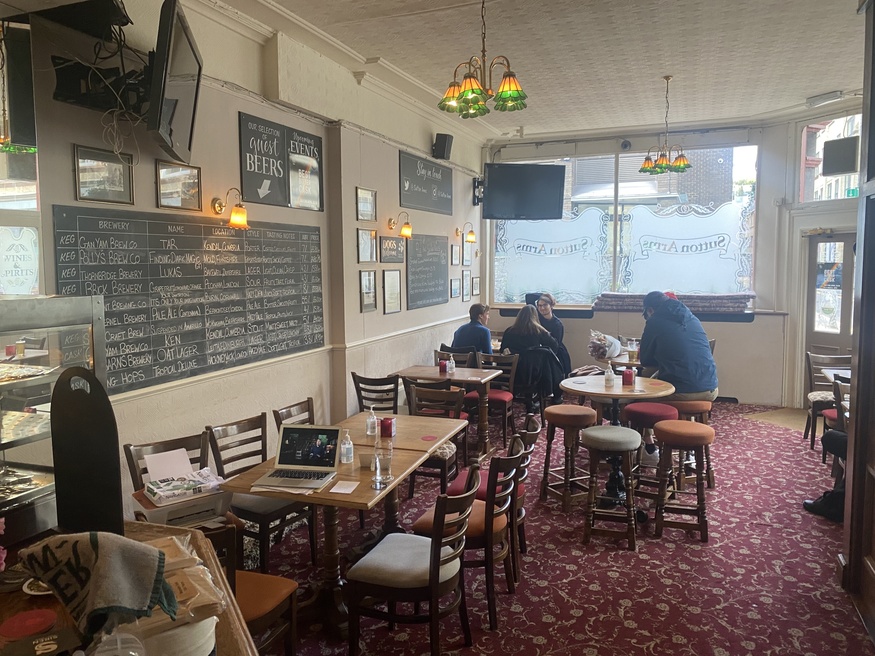 There are two Sutton Arms in the Barbican/Clerkenwell vicinity and it's important to know which is which. While one ushers you in with its alluring barrel-shaped window, the other has a more unassuming exterior; one that belies the liquid treasure trove of brews inside.

This pub is the latter.

A Brick citrus sour; not one but two different 7% stouts; and a DIPA called 'Your Limitation. It's Only Your Imagination' are among the adventurous draught offerings on our visit.

There's also a Kendal Mint Cake stout (!) called 'Ken', which the barman admits he knew he'd struggle to shift, but wanted to have it on anyway. It's this kind of bloody-mindedness which makes the Sutton Arms a cut above 99% of other pubs in the area. (We have a half of the 'Ken' by the way, and it's actually delicious — not as minty as you might think.)

The Sutton Arms might be a City boozer but it's got the gentle, chatty ambience of a local that's usually reserved for pubs right on the fringes of London, like the Hope in Carshalton or even a micropub out towards Kent way. A small selection of pies and sausage rolls, kept warm on the counter, reinforce the homey vibe.

If you're cramming on culture at the nearby Barbican Centre or Museum of London, make sure you follow it up with a cultured pint: the Sutton Arms is where it's at.