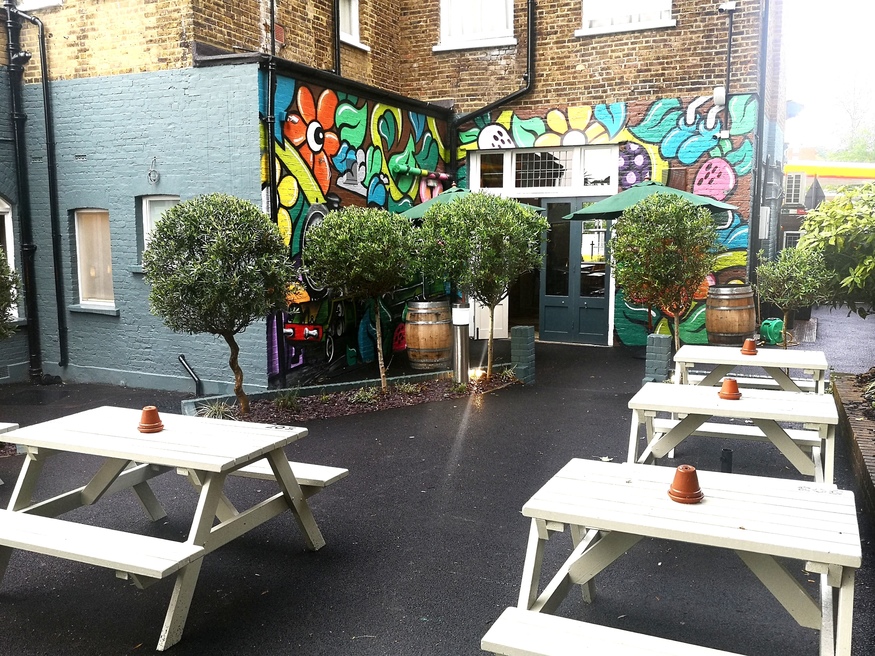 Many will mourn the loss of the Gispy Hill Tavern, the friendly, Guinness-chugging, rugby-peddling Irish boozer now incarnated by its flashier successor, The Great Southern.

The new pub is all exposed brick walls, freshly-made pizzas, sensibly-organised bric-a-brac, negronis stirred behind the bar, you get the picture. It reminds us of the Tulse Hill Hotel, another grand old railway lodgings polished up into a bright and breezy, if somehow benign, boozer.

Another savvy move is keeping the bar stocked with things like Heineken and Guinness. While the hipsters are sucking on their gin fizz, we hope some of the former pub's regulars will be back in.

The food offering is more than acceptable; we tried the English sausage pizza, and a solid beef pie with mash and two veg. This stuff won't win any awards but it's good enough for a bite while watching Super Sunday unfold.

Other bonuses come in the form of an amply-sized beer garden nestled out back, and a live feed of train times from the nearby Gipsy Hill station (stops you fumbling for CityMapper every two minutes).

The Great Southern is a worthy stop-off on a wider crawl of the area, taking in neighbours like Rock Steady Rum Lounge and Beer & Finch.