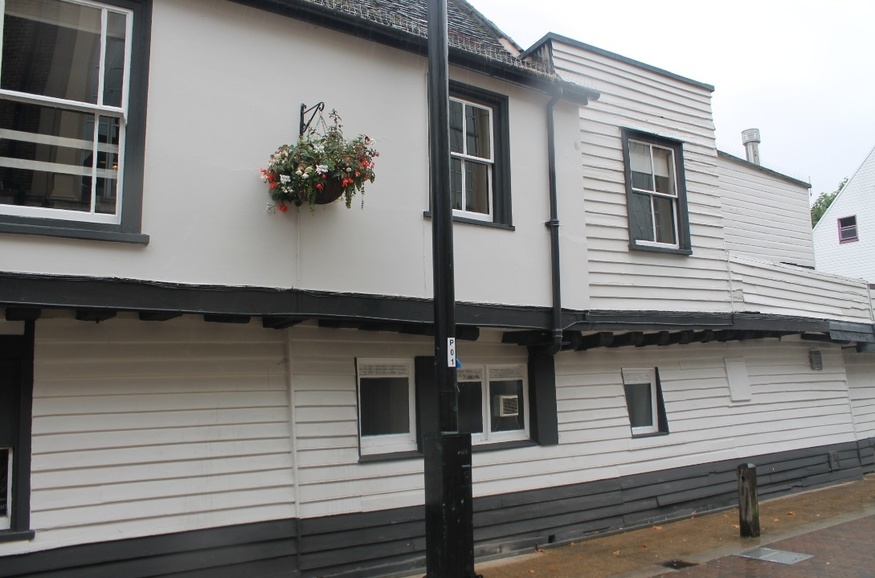 "Shakespeare pissed off Elizabeth I, and he had to get out of London, and the rumours are that he would have escaped to the Golden Lion with his mate Francis Bacon."

That's straight from the mouth of the chairman of the local museum. Indeed, with parts of this palimpsest of a pub harking back to the 1420s, The Golden Lion has many a tale to tell. It's meant to be haunted by seven spirits too, but the only spirits we see are the ones behind the... oh you know the rest.

The pub both shows its age and it doesn't. You're greeted by a plethora of beams, nooks and crannies, while upstairs is a labyrinth of skew-whiff corridors and more creaky rooms.

At the same time, there's a semi-gastropub feel to the place (it's been spruced up recently and the food looks lovely), while the live horse racing will appeal to those who prefer their Old Man's Pub.

The important thing is that it seems to work — on the Thursday afternoon we visit, it's thronged with locals (and maybe a few visitors too).

There is some bad news for beer fans — the pub's run by Greene King, whose mainstream brews are as vapid as Ed Sheeran, and their craft beer, as laughable as... Ed Sheeran.

On the plus side, there's a decent selection of wines and spirits, plus the first game of pool you play is on the house. Nice touch.

Back to all Pubs Back to Havering