Wenlock And Mandeville: Where Are They Now?

By M@ Last edited 76 months ago
M@ Wenlock And Mandeville: Where Are They Now?

For many, Wenlock and Mandeville were the undisputed highlights of the London 2012 games. Wenlock, with his indeterminate genus, continental salutes and single glaring eyeball was seen as a peerless embodiment of the Olympic spirit. Paralympic mascot Mandeville, meanwhile, delighted the crowds with his cheeky chappie personality and crotchless romper suit.

The pair played a blinder at the 2012 games, eclipsing the athletes, performers and volunteers with their can-do spirit and ability to fall over at children's parties. A tearful Jessica Ennis-Hill recently reflected on the enormous contribution made by the playthings: "If it wasn't for Wenlock and Mandeville, I'm not sure the Games would have succeeded," she said. "I know I couldn't have reached the heights I did without these inspiring eye-monsters urging me on from the sidelines." Experts agree that Wenlock and Mandeville are the most successful mascots in Olympic and Paralympic history, eclipsing even Fatso the Fat-Arsed Wombat from the Sydney 2000 games.

But the pair could not live at this pace forever. One of the mascots, speaking to Londonist on condition of anonymity, recently revealed how the experience 'burned me out'.

"The endless luncheons, the whirl of celebrity parties, the falling over at lots of children's parties. I'll tell you now: it's not the glitz and glamour lifestyle it's made out to be. Wenlock particularly hated all that clowning around with Seb Coe. Sometimes Seb would force us to bow down before him in mock admiration, like he was the star or something."

Following the Games, the work soon dried up. "We were promised consultancy work," says our anonymous mascot.

"They were going to fly us out to Rio, to help coach Vinicius and Tom [the 2016 mascots]. There's a lot to learn. It's not like anyone can just put on a costume and lark about and fall over and stuff. It takes real graft and no small amount of talent. Sadly the consultancy fell through. Wenlock and I never got to meet our successors in Rio. Good luck to them."

Their last public appearance together came at the 2013 Lovebox festival in Victoria Park. Nobody who witnessed that gig will ever forget it. Using the stage name of 'Manlock and Wendyville', the duo amazed crowds of about a dozen or so with their nu-funk cover of Coldplay's Viva la Vida. The performance was repeated, without break, in the language of every competitor nation of the London 2012 games, for 18 hours.

"We thought we could reinvent ourselves as rock stars," snorts our anonymous mascot, "but nobody wanted to know."

"I remember we were something like three hours into that Lovebox gig. Wenlock, or 'Wendyville' to use his stage name at the time, had just launched into the chorus of 'When I ruled the world' in Macedonian. Well, it was at that point that the punters gave up. I mean, there was this bald dude in a white vest who just kept on jiving away, but everyone else buggered off to see Lana del Rey. We were just doing it for him in the end."

The duo went their separate ways following the Lovebox debacle, and have kept a low profile ever since. Wenlock briefly dabbled in the pub trade. A couple of years back he teamed up with 70s crooner David Essex to open a moderately successful bar in Islington, but that pairing has now also split. We recently tracked down Wenlock, to a dilapidated lock-up in Potters Bar. This grainy photo is all we could get before the embittered mascot told us to 'cock off, you media bastards'. 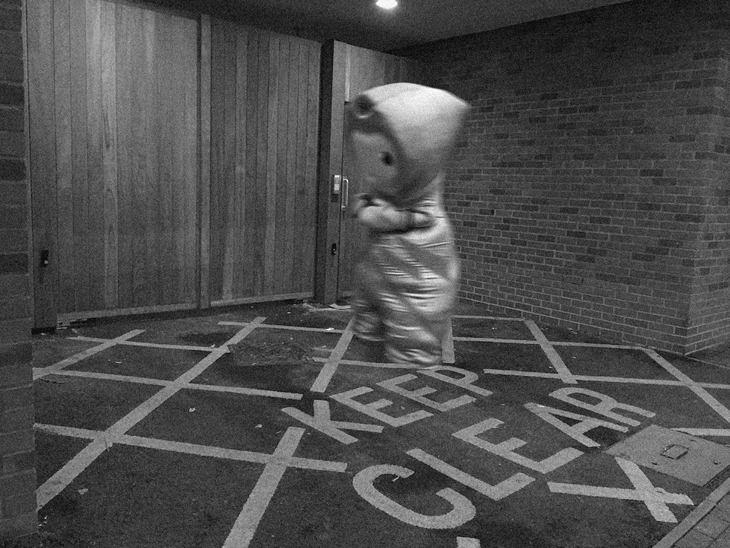 We understand that Wenlock is squatting the space with Flat Eric and Eddie 'the Eagle' Edwards.

The future is perhaps a little brighter for Mandeville. We recently uncovered secret plans for a line of merchandise that would see the erstwhile mascot's effigy in every bedroom. Described as 'the Swiss army knife of adult toys,' the 'randy mandy' is custom made for both his and her pleasure.

It's thought that the soft appliance will go into production in late September and should be in certain specialist shops before Christmas. We can only hope that Mandeville has negotiated a profitable licence fee for the use of his image in this way.

But could the dynamic duo ever reform? "I don't know. You'd have to ask him," says our anonymous mascot.

"The last time I saw him, Wenlock was loafing around in Hertfordshire somewhere, hanging around with some comedy puppet character and Flat Eric. But I'd like to think we might team up again one day. I mean, look at the success of Take That since they reformed. And you've got to admire how the Chuckle Brothers made that comeback with Tinchy Stryder. Maybe one day. I don't think the world is quite ready again for our unique brand of larking about and falling over at children's parties. And maybe we've lost the knack. But never say never."

Their star may have faded, but be under no doubts: we haven't seen the last of Wenlock and Mandeville. While Seb Coe, Jessica Ennis-Hill and Clare Balding have all now slipped into obscurity, our plucky mascots still sparkle in the imagination — the greatest ambassadors of this or any other age.