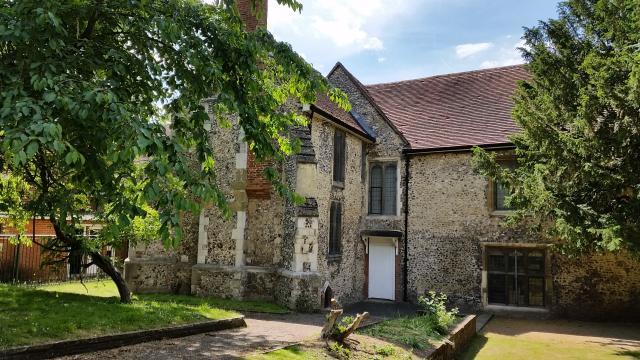 Back in January we told you that Bromley Museum's future was uncertain. Now, the council has voted to move it out of the historic Priory in Orpington and replace it with two permanent displays ('Bromley Revisited' and some of the John Lubbock collection) in Bromley Central Library, with space for temporary exhibitions.

It means the loss of two members of staff and Orpingtonians are urging the council to reconsider, citing the effect on local schoolchildren of taking the museum to the borough's north. There's also the question of what happens to the Priory building, which has stood since the 13th century (and has stunning gardens, if you've never paid a visit). Campaigners successfully persuaded the council to list the building as an Asset of Community Value in April, which means the council can't sell it for six months while a community group puts together an alternative proposal. This doesn't mean that at the end of the waiting period, the council still won't sell it, mind...

The community proposal has the backing of Business Improvement District Orpington 1st and aims to turn the building into an arts and heritage centre, with scope for events and private hire. One drawback is that the Priory needs refurbishment in the region of £1.7m, but they have plans to put together funding from grants, donations and revenue.

Bromley Council is also under fire for its plans to spend money on buying property instead of on public services. Much like Barnet, Bromley is charging ahead with outsourcing and privatisation of things like parks and libraries, sparking recent protests. At tonight's (Monday) council meeting the Labour group will question plans to use a £10m budget underspend buying commercial property when privatisation could lead to the replacement of library staff with volunteers — at the same time as the museum is being moved into a library.