A what3words Guide To London 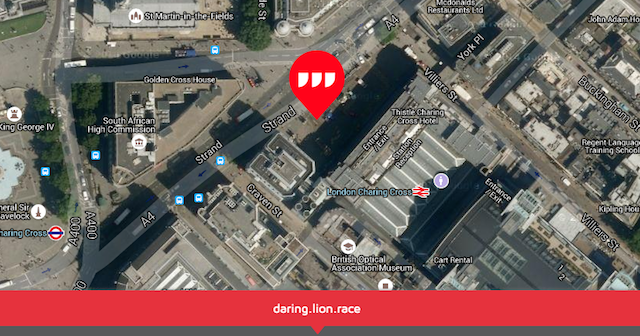 what3words is a simple but clever idea. The world has been divided into trillions of 3x3 metre squares; each square was assigned a random and permanent name made up of three words. The Statue of Liberty's head, for example, is forever at engine.winks.smile. The generative organs of the Cerne Abbas Giant can be found, evocatively, at layered.bashed.mammoths.

At first this seems stupid. We already have street addresses, postcodes, GPS and lat/long codes to identify a location. So what's the point? Street addresses have limitations — we might want to direct people to a particular area of a building, such as a back door. If you've ever tried to arrange a picnic in, say, Richmond Park, where exactly do you tell people to meet?

More precise systems like lat/long are fine for navigating if you know what you're doing, but codes like 51.5072° N, 0.1275° W are not particularly friendly to the uninitiated. Words beat numbers.

The what3words system has dozens of potential uses, from treasure hunts, to booking taxis, to coordinating humanitarian aid. It also offers the possibility for mischief. Although the three-word labels were randomly generated, you will occasionally find a coincidentally interesting combination. Sadly, if understandably, the developers have removed any curse words, but we can still have fun hunting down mildly humorous phrases. massive.bottom.feel can be found in Lebanon, for example, while resonating.bottom.trump lies incongruously next to the Peace River in Alberta, Canada. You'll even find a pink.oboe.player near Vladivostok.

We've yet to uncover anything comparable in London, but here are a few odd phrases and apposite descriptions:

OK, the last two are probably the best. But with millions of three-metre squares in Greater London, there must be many more unusual combos lurking around. Happy hunting.