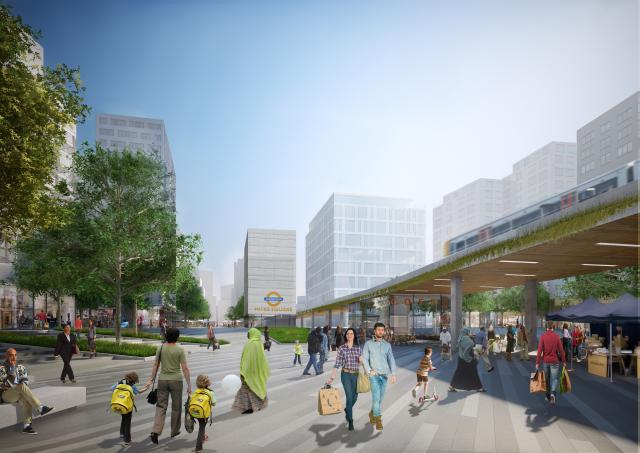 Old Oak Common is one of the parts of London earmarked for huge change: it's one of the Mayor's opportunity areas, with plans for 24,000 new homes, and a future Crossrail/HS2 interchange station. One of the first steps towards its transformation has just been announced, with 9,000 new homes plus office space and public squares on the Cargiant site near Willesden Junction.

9,000 new homes obviously means a complete overhaul, and the developers promise new schools, health facilities, play areas, restaurants and bars. Transport for London is already working on plans to create two new Overground stations at Old Oak Common Lane and Hythe Road. What's perhaps most exciting is what it means for this stretch of the Grand Union Canal: at the moment it's industrial and unlovely (mainly because of Cargiant, it must be said), but if these renderings turn into anything like reality it could become a rival to Little Venice. 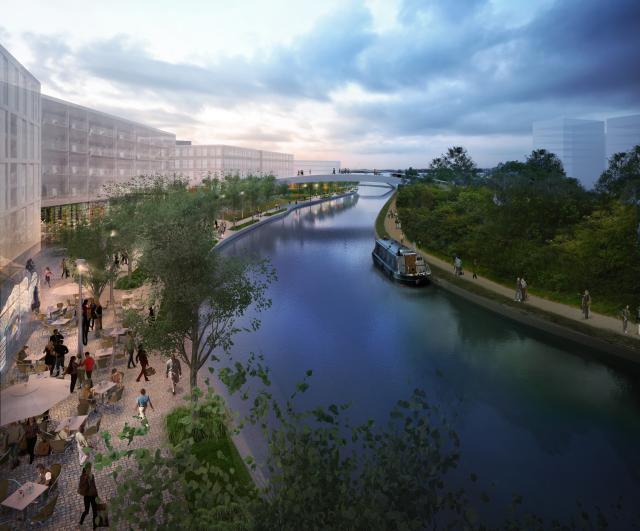 Conspicuous by its absence is any mention of affordable housing; however, we'd be surprised if planning permission is granted without any provision at all, particularly in such a high priority area. (Though the developers could easily point to the canal regeneration as a 'public good' in lieu of some Section 106 payments.) Nothing will happen before 2021, though; Cargiant needs to find a new home and doesn't expect to move before then.

If you want to take a closer look at the proposals, there are public exhibitions taking place at four sites around the area between 19 June and 4 July. See the Old Oak Park website for more details. 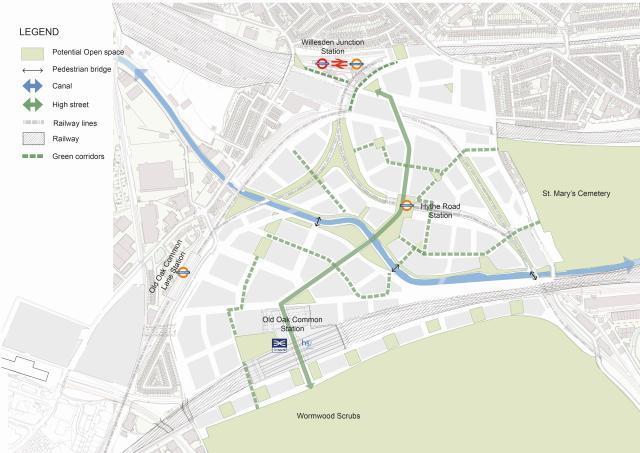