Last week we took a look at some of the misleading graphs that parties are pushing through your door in the run-up to the election: graphs that are from different types of election (no, you can't compare the last mayoral election — a personality contest between Boris and Ken — to your local constituency), graphs that have no concept of numerical consistency and even graphs that aren't based on election results at all.

We've had a couple more examples sent to us (if you've got others, either email a photo to rachel@londonist.com or tweet it to @rmholdsworth), so here we go again...

Turns out it's not just the Conservative candidate who's putting out some questionable stats here. Rob Mundy emailed a photo of Liberal Democrat candidate James Barber's election leaflet, in which 27% is apparently closer to 46% than it is to 22%. 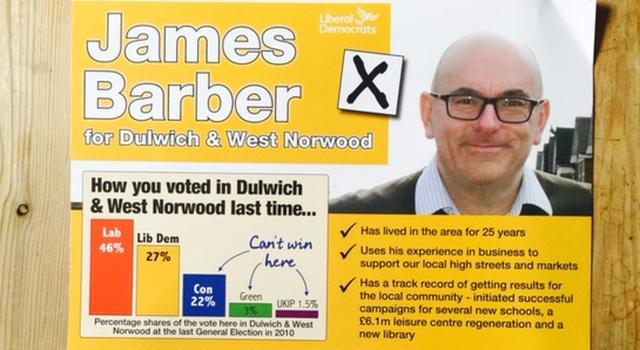 Rob also sent us an amazing leaflet from a Lib Dem in Arundel and South Downs, where the 28% Lib Dem vote is shown as practically the same as the Tories' 58%. We saw a similar practice in Holborn and St Pancras last time, too. Can Clegg's lot not afford a decent graphic designer? Or a copy of Excel? Anyway, this is what the 2010 vote in Dulwich and West Norwood should look like: 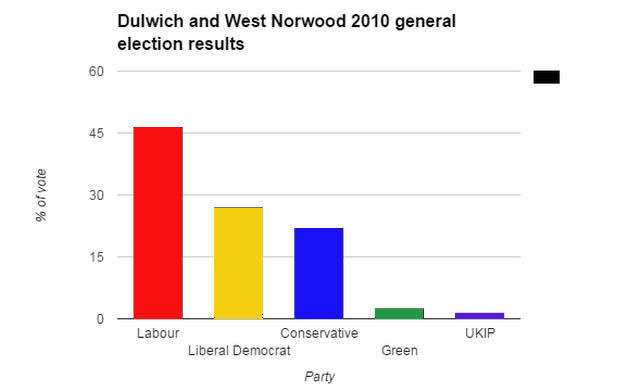 We had a bad leaflet from Lewisham East last time, too, and Giles Booth tweeted us a twofer from this constituency. 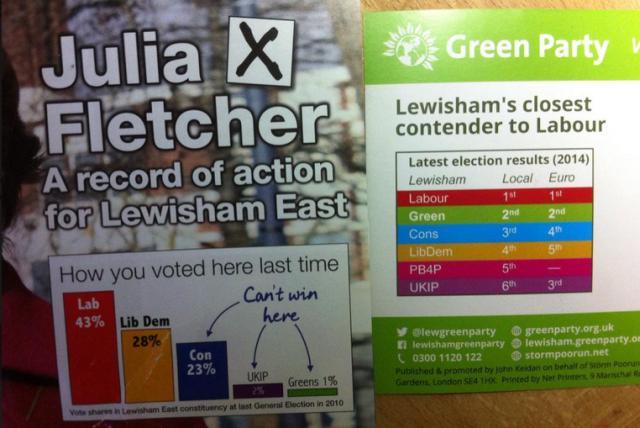 Oh, look, another Lib Dem chart. At least this time the bars are closer to the Conservatives, but does being five points behind really put the Tories out of the running? Doubtful.

As for the Greens... Using European election results is a major sleight of hand, since European Parliament elections are held under proportional representation, where every vote counts. As Lewis Baston from Centre for London pointed out, Green voters seem to be a bit more savvy and know when their vote counts, and when they should vote tactically. This is how Lewisham East voted last time there was a comparable election... 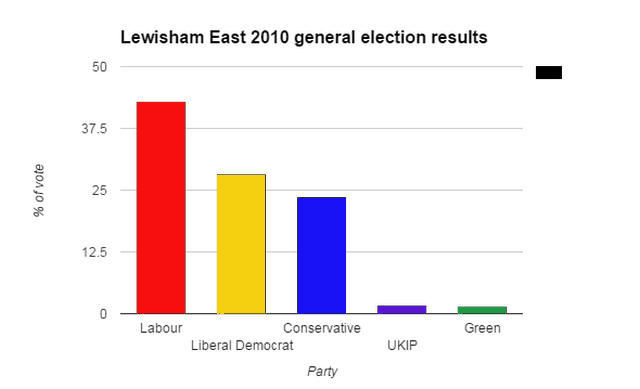 And when it comes to the local election results, we think they're being a bit naughty. We added up the total votes received by Labour, the Tories and Greens in the wards that make up Lewisham East for last year's council elections. And found the Greens got less than both (we didn't count the Lib Dems; there's only so much time you can spend with electoral returns and a calculator before you start to go crazy). It's true that the Greens managed to get a councillor elected where nobody other than Labour did, but a) that was in a ward in Lewisham Deptford and b) that still doesn't mean they came second! 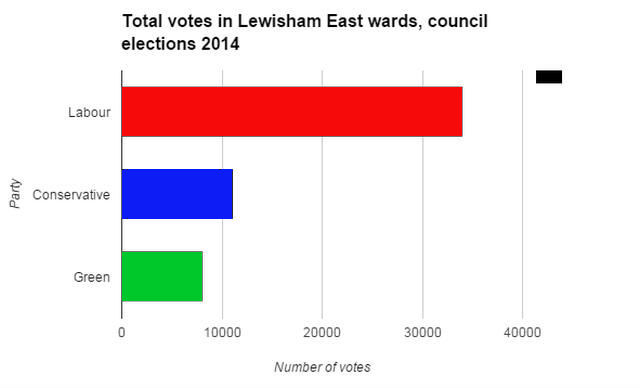