An Ode To The Wimbledon Greyhounds

As gold-tinged afternoon melts into chilly, spit-flecked evening, the floodlights at Plough Lane blanch the sand track, and a twee gladiatorial fanfare crackles over the loudspeaker. For the next three hours, one of these electronic outbursts — the sort of noise Russell Crowe almost certainly doesn't have for his ringtone — will go off every 15 minutes, heralding the start of another race. Six eager greyhounds are paraded along the sand by their white-coated handlers, and will shortly after rocket off in pursuit of a mechanised bit of fluff they will never catch up with; a ritual that's almost certainly some kind of metaphor for life. 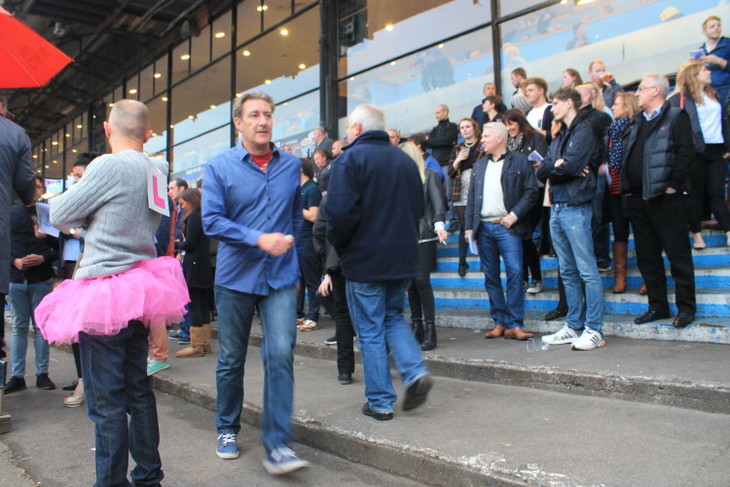 Spectators have descended on the rickety Wimbledon greyhound stadium in their hundreds, cutting their way through the industrial estate of tyre fitters, tile experts, carpet specialists, plumbing gurus and the odd religious outfit (The Redeemed Christian Church of God neighbours with Mirage — 'south west London's leading spares stockist'). Once, Plough Lane would have entertained hundreds more, but the glamour of dog racing isn't what it was and the tracks at Walthamstow, Catford, White City and Harringey have been destroyed, humanely or otherwise. At one time, London had 33 tracks; now only this, Crayford and Romford remain.

Strange then, that for such a dismal survival rate, the sport appears to pull in the punters it does. Yes, Plough Lane has its flat cap wearers and Rothman tokers, but not as many as you might wager, and the demographic is a reassuring mix of ages and classes (hens and stags, of course, are the track's bread and butter and some nights there are more L-plates than at a DVLA test centre). Whoever they are, most appear to have been before; nearly everyone's clocked on that producing an Oyster card at the turnstiles means a waived entrance fee (how about it, St Paul's?). 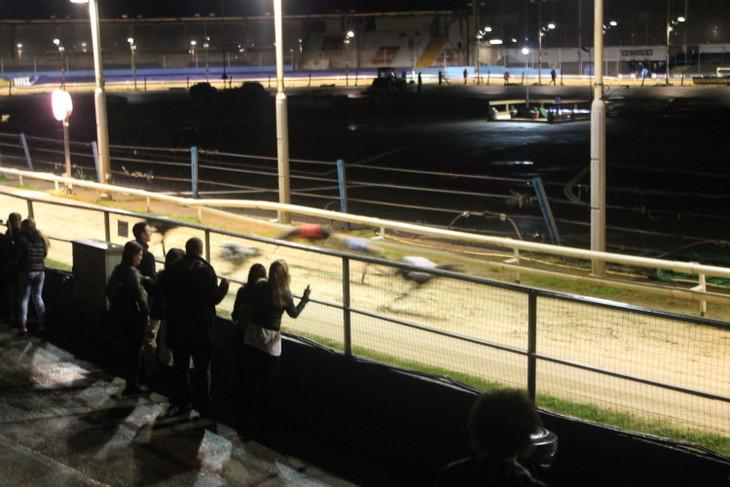 Some of the evening's attendees may already have a pint or two of Mick the Miller in their bellies. The beer — named after first great racing greyhound to compete in England — is on tap across the way at the By The Horns brewtap. Inside the stadium, the liquid offerings (Worthington's à la plastic cup, tinned Hooch) may not seem quite so appetising, yet pair well with an oleaginous burger and chips. Furnished with such delicacies, the next step is to study your racecard for a few seconds, ignore all notes on previous form, and pick the dog with the most frivolous name — a tough call when faced with Grey Pride, Sozzleberry and Coolavanny Bisto. Put two quid on your chosen trap, wait for that electronic motif, then take to the nicotine-clouded trackside (this must be one of the few smoking allowed stadiums still going), or otherwise the pigeon shit-caked stands.

For the uninitiated, everything about a greyhound race is comically baffling; a sponsoring scheme means the races have more ludicrous names than the runners, and you can watch your minimum place bet amount to nothing on the Christine Aston Birthday Party Race, Alison's Hen Do Stakes or Miss Thanki's Last Night of Freedom. The man over the Tannoy goes at ten to the dozen, and the dogs, though in coloured, numbered coats, bolt it round 480m quicker than is possible to realistically capture anything faintly resembling the Parklife album cover on camera. The whole 30-or-so seconds is a blur.

But it's addictive too — not in the sense of the actual betting (the biggest haul between us came in at about £1.60), so much as the ritual of leafing through the racecard, queuing up to place a bet, heading outside to watch, tearing up your ticket, going to get another Worthington's. Similar rituals are taking place all the time at the country's Aintrees and Ascots, but this is a night at the races with the all the pomp, fascinators, royalty and John McCririck extracted from the equation. Even if you treat yourself to a Gold Buffet in the Grandstand, with its slow-cooked beef bourguignon and buttered new potatoes, it's unlikely the experience will turn you into a crashing snob.

The pigeon shit is telling of Plough Lane's future; here is a venue being left to slowly rot so that in time it can be pulled apart like wet tissue before being redeveloped to heck. In this instance, AFC Wimbledon hope to turn the stadium into their new ground, with added luxury flats, naturally. Far more heinous proposals could have been put forward, and anyway, Plough Lane was a football stadium in the first place, so this would be a case of ashes to ashes, turf to turf. But greyhound racing has been a cheap and indiscriminate British pastime for almost a century now, and it will be a sad day when London ceases going to the dogs altogether.

See also: An Ode To Elephant And Castle Shopping Centre.