Play Retro Games On Your Phone With WiFi Wars 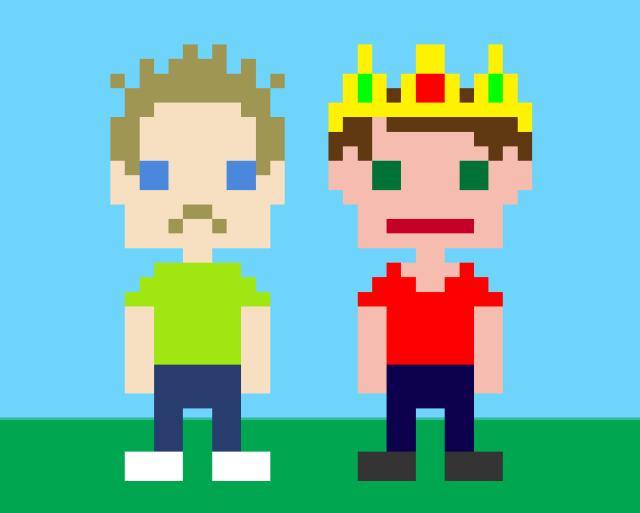 Love retro gaming? Love sitting in darkened rooms frantically prodding at your phone? Oh boy, do we have the night for you. It's called WiFi Wars and is some of the best fun we've had in aeons.

Hosted by Steve McNeil (of McNeil and Pamphilon, who also run Go 8-Bit nights, where comedians battle each other on computer games) using technology developed by programming wizard Rob Sedgebeer (who may be an actual wizard; we stared at our phones muttering 'how is he doing this?'). Controls for replicas of retro games — Pong, Track and Field, Whack-a-Mole, Tetris — are beamed to your phone and you're ready to play.

With the audience split into teams, the tech works out what the majority wants to do (move up or down in Pong, for example) and that's what happens on the big screen. Sometimes an individual's phone will be unleashed to take control. There are points and it all gets really competitive. Did we mention that it's so much fun?

A lot of the games are still being developed so things can go wrong, but it's all gearing up to Steve and Rob giving a lecture at the Royal Institution on 21 July. "We did the Royal Institution Christmas Lectures," explains Steve. "While we were hanging out backstage during the filming, a LOT of people who work there wanted to have a go on our Oculus Rift — we got chatting to them and, after they felt our piece went well on the show, they suggested meeting up to talk about other stuff we could do together. We agreed with them that we’d love to show off the tech from Go 8-Bit to a savvy audience, who might enjoy finding out about how we’ve created it. And thus, WiFi Wars was born, as a way of refining the tech we intend to use in our talk."

WiFi Wars will be appearing at Go 8-Bit's new residency at the Backyard Comedy Club in Bethnal Green (next date 19 April). Just make sure your phone has plenty of battery life. And if that casual mention of Oculus Rift caught your attention, you can have a play at the next Royal Institution Late on 17 April (tickets £12/£8).