Is There Such A Thing As A Decent Non-Alcoholic Beer?

By Dave Haste Last edited 77 months ago
Dave Haste Is There Such A Thing As A Decent Non-Alcoholic Beer? 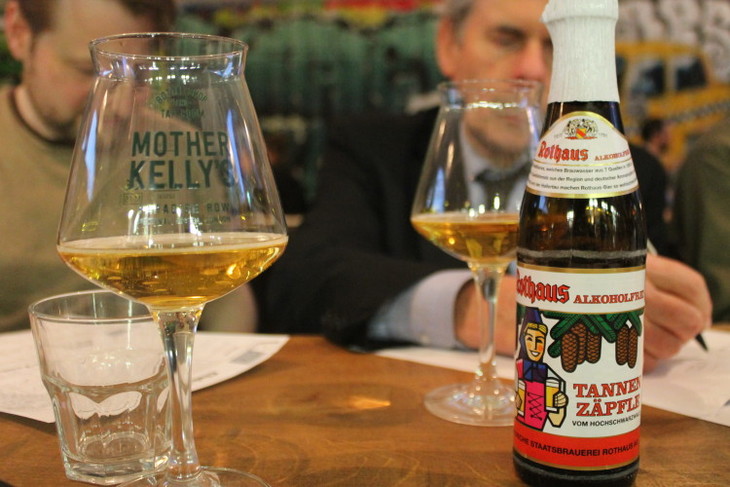 For many of us, a large part of our social life revolves around pubs and bars. Quite right too — they're great. But does our appreciation of pubs and bars mean that we have to drink alcohol whenever we visit one? If someone fancies a night or two off the booze, does this condemn them to an evening of sipping uninspiring generic soft drinks? Or can a beer-fancier enjoy a night drinking beer without necessarily getting drunk?

To help answer these questions, we were invited to a tasting of no-alcohol and low-alcohol beers, hosted by Bethnal Green’s Mother Kelly’s bottle shop and bar, and organised by Club Soda — an organisation that provides help and resources for people who want to cut down or give up drinking. For our part, as beer obsessives, we were curious to discover whether beers with low (or very low) levels of alcohol could pass muster when compared to their boozier brethren.

The tasting took place around a long table in Mother Kelly’s tap room, a bright, high-ceilinged space under a railway arch on Paradise Row. A dozen or so tasters were guided through samples of 10 beers: five were classified as ‘no alcohol’ or ‘dealcoholised’ (0.5% ABV or less); five were ‘low or light alcohol’ (less than 3% ABV). The beers covered a wide variety of styles — from lagers to stouts, via pale ales, wheat beers and saisons — from brewers around the UK and Europe (and one from Texas), so there was much discussion and debate to be had around which styles were best suited to the reduction in alcohol. 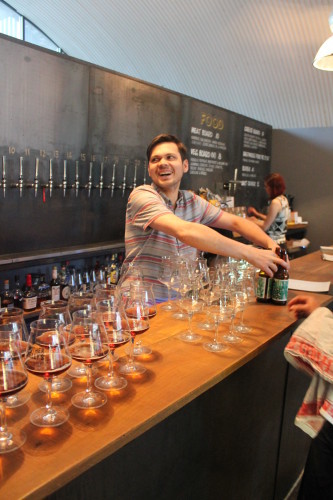 And in terms of that discussion and debate, it soon became clear that many of the beers were going to divide opinion. We found that the less pedestrian beer styles tasted better than the more ubiquitous options in their reduced alcohol format, so we preferred the stouts (which actually tasted more like black IPAs) and farmhouse-style beers over the pale ales and lagers. In particular, Bad Seed Brewery’s Berliner Weisse worked well for those who were not put off by the decidedly cheesy aroma and tart finish, whereas the inevitable Beck’s Blue tasted as insipid as ever.

The tasting was led by Club Soda’s resident beer expert, Dani Neal, who had clearly done her homework in researching and choosing the beers, and was able to impart nuggets of information such as Erdinger’s Alkoholfrei, a 0.5% ABV weissbier that tasted more like a soft malt beverage than a beer, being marketed as an isotonic sports recovery drink. Strange, but apparently true. We don’t expect to see tables of dealcoholised beer along the route of the London Marathon this Sunday, but we approve of the principle. 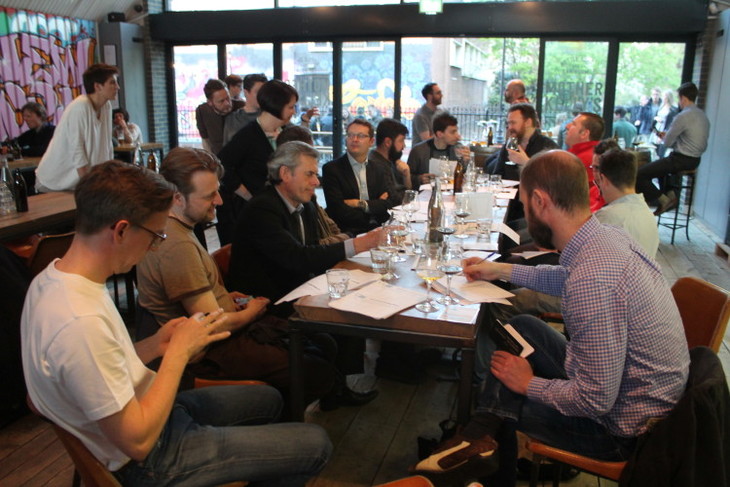 Club Soda launched in January, aiming to provide people with an alternative to drinking alcohol on a night out. As well as events such as this beer tasting (they’re planning another one for June), they organise workshops and social meetups, and intend to work with bars and pubs to encourage them to provide a more appealing range of non-alcoholic drinks than the boring old coke, lemonade or lime-and-soda fallbacks. Founder Laura Willoughby told us that the club currently has about 2,500 registered members, so they’ve obviously struck a note.

So, what’s the verdict? Are no-alcohol or low-alcohol beers likely to tempt beer drinkers away from their usual beer choices?

Yes and no. Based on this tasting, we would say that beer-lovers who have no specific desire to avoid alcohol would be unlikely to see reduced alcohol beers as much of an alternative to normal strength beers, based on taste alone. (One possible exception was Drink’In The Sun, from Danish craft brewing pin-ups Mikkeller, whose 0.3% and 2.8% ABV beers fared very well with some of the tasters.) However for drinkers who want, or need, to reduce their intake of alcohol on a night out, some of these beers certainly could be a welcome alternative to soft drinks, or form part of a jolly decent shandy, and so could claim a well-deserved place in London’s pubs and bars.

For information on what future tastings, workshops and meetups Club Soda are planning, check out the events page on their website.