Impress your friends by always knowing about the cool and unusual things going on in London — sign up to our Londonist Daily email to get our articles sent straight to your inbox at 5pm. That’s everything from ticket alerts to restaurant reviews, London news and insightful features. You can subscribe to all of our newsletters (or pick and choose which ones you receive) here.

Where is the centre of London?


For many, Trafalgar Square (specifically, the statue of Charles I) represents the centre of London — after all, all distances into and out of London are measured from here. But we took matters into our own hands and used highly scientific *cough* methods to find the centre not only of Greater London, but also of Zone 1 and the Square Mile. See where we declare the centre of London to be.


GODS AND MONSTERS: Book now to see Gods and Monsters at Southwark Playhouse, based on Christopher Bram’s 1995 novel Father of Frankenstein. ★★★★☆ £18, prebook, until 7 March

WOMEN’S HISTORY: Join a curator for a tour of the Queen’s House in Greenwich, focusing on the queens who have lived there. Part of Women’s History Month. Free, 1pm

ELIZABETH’S GHOSTS: Gresham College is at the Museum of London for a talk about the impact that Queen Elizabeth I had in the century after her death in terms of politics and religion. Free, just turn up, 1pm

FILM PREVIEW: Catch a preview of Michael Winterbottom's new film, The Face of an Angel, at BFI Southbank. The film, starring model Cara Delevingne in her acting debut, is a drama inspired by the real-life case of Amanda Knox. £16/£12, prebook, 6.10pm

GIN AND CROCHET: Crochet expert Ros Badger leads a class aimed at complete beginners, teaching the basics of crochet. By the end of the evening you'll have made a daisy chain. At The Idler Academy in Westbourne Park. £60, prebook, 7pm

FREE SPEECH: Free Speech Fear Free is a documentary film made for young people by young people. Through interviews with the likes of Julian Assange, Natalia Kaliada, Julia Farrington and Jude Law, the project explores what freedom of speech means. See a screening at Rich Mix. £5, prebook, 7pm

BOOK LAUNCH: Foyles on Charing Cross Road gives customers a chance to buy a copy of Norwegian author Karl Ove Knausgaard's latest book, Dancing in the Dark, three days before it goes on sale anywhere else in the UK — and get it signed by the author. £18 (including copy of the book)/£5, prebook, 7pm

COMEDY: The QI Elves (Dan Schreiber, James Harkin, Andrew Hunter Murray and Anna Ptaszynski) rock up to Soho Theatre to record their podcast No Such Thing As A Fish, every Monday this month. £12.50, prebook, 7.15pm

ADULT STORYTELLING: Performance storyteller Ben Haggarty is at Crick Crack Club at Soho Theatre, taking the audience into the dark side of the fairground. £10/£8, prebook, 8pm

FOLK ON MONDAY: Folk band Jaywalkers play at The Green Note in Camden ahead of the release of their new album, Weave. Most of their set consists of original songs inspired by stories and poetry from the county of Lancashire. £10, prebook, 8.30pm

Katherine Boo spent three years in a Mumbai slum, Annawadi, recording the lives of its residents. Her book Behind the Beautiful Forevers has been transformed into an excellent theatre adaptation by David Hare and is currently showing at the National Theatre on London's South Bank. Behind the Beautiful Forevers may be sobering and tragic, but it is also "vibrant and vital ★★★★☆" — an uncompromising look at a world where life is dirt cheap and justice costs the earth. Tickets cost £15-£35 and performances run until 5 May, book online here. 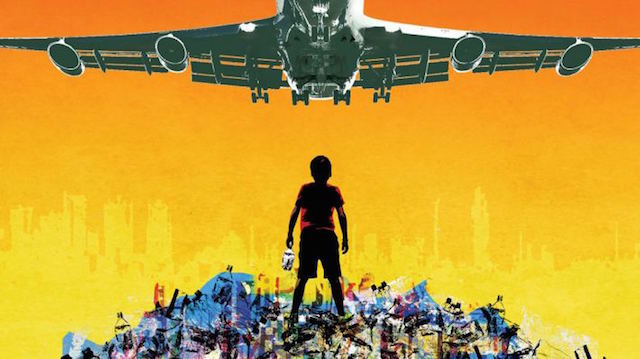 This week’s Things To Do In London is sponsored by National Theatre.

ONE GOOD THING: Homeless charity, The Connection at St Martin’s, will open the One Good Thing pop-up charity shop in Berwick Street, with money raised helping London’s homeless people move their lives away from the street. Having a clear out? Find out how to donate. Shop open from 2 March

Find more London events in our Free & Cheap events listings. Want to see your event in these last-minute listings? Email us at hello@londonist.com at least 48 hours before the event, and we will consider it for inclusion. Note: due to high volumes of email, we can’t always reply.