The typical chain shop is often disparaged as an identikit destroyer of the high street: scourge of the independent, family business.

While there is some truth in that assertion, especially with bigger chains, the picture is much more nuanced if only we bother to look. All chains start somewhere.

Many began as small, family shops, serving a local community with genuine passion and graft. The hard work paid off, a second branch opened on the back of the profits, and before long a chain was born.

Nor are large food chains only a recent phenomenon. Pizza Express celebrated its 50th anniversary in 2015, still trading from its original site on Wardour Street. The Wimpy chain, still going (if not exactly going strong), has its roots in 1954.

Even further back, Patisserie Valerie first traded on Frith Street in 1926. It's made plenty of dough since.

We decided to map the original stores of all the food chains we could get information for. The results are often intriguing.

Click the box in the top left of the map to see all the chains in the order they opened.

Pret had two births. The first was a small shop in Hampstead, as far back as 1984.

After this closed, a fresh outlet appeared in Victoria under new management. Pret acknowledges this second store as its progenitor, as attested by a plaque in the Victoria Street branch. 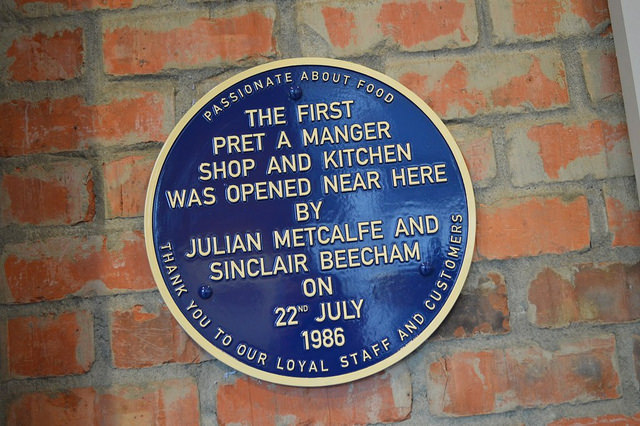 Villiers Street near Embankment has ushered in two of London's biggest chains. EAT (1996) and Wasabi (2003) began life mere doors from each other on this road.

Not all chains began in central London. All Bar One (1994) picked Sutton for its first outlet. Zizi (1999) opted for Chiswick. KFC debuted in North Finchley around 1968.

Tesco-backed coffee house Harris + Hoole (2012) launched as far afield as Amersham (not technically in London, but on the tube).

Most famously, McDonald's (1974) saw the potential in Woolwich when choosing the site of its first UK branch. It was also the chain's 3,000th worldwide. 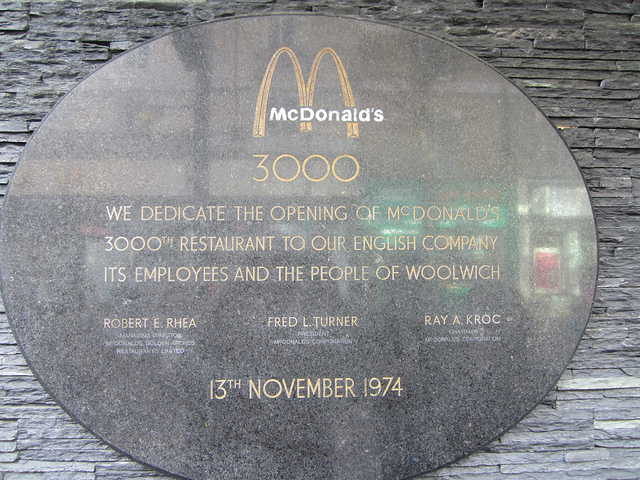 In many cases, the information for our map was not easy to find.

For whatever reason, it seems chains are often reticent to share their history on their websites. The PR departments we contacted were also tight-lipped.

We've had no response from the good people at Ask, Cafe Rouge (somewhere in Richmond, originally as Cafe Bleu), Greggs, Strada, Subway or Chicken Cottage (somewhere in Wembley), and these remain off the map, or roughly located for now.

Hat tip to Caffe Nero, whose team was quick and helpful in response. Chop'd and Pod, too, were quick on the ball.

Do you have any info on chains missing from the map? Let us know below.