In A Flap: Soho’s Owl Bar Loses Cocktails And Charity Amid Welfare Concerns 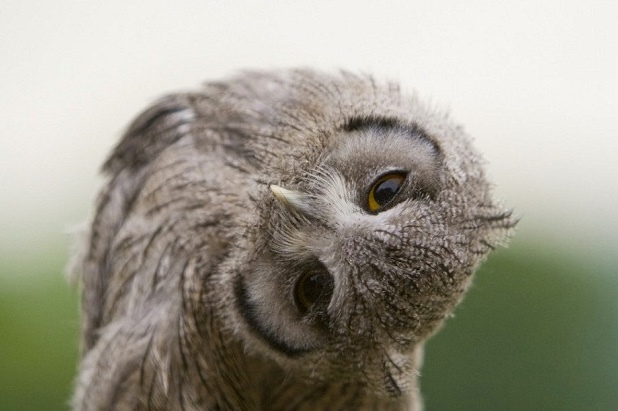 When news broke last week that Soho would be getting a pop-up cocktail bar complete with resident owls, enthusiasm was matched with concern over the appropriateness of the scenario for the birds.

The bar — named Annie The Owl after one of its feathered inhabitants — is set to run in an undisclosed Soho location from 19-25 March, but in the face of online backlash from animal rights activists it will no longer serve alcohol.

“The organisers hope that this new measure will alleviate any concerns among people who may have wrongly assumed the event was aiming at creating a bar or nightclub-like atmosphere at Annie The Owl… The organisers would like to stress that the venue is a large empty space set over three different sections, not a traditional pub or bar. The venue provides ample space for the birds to exhibit normal behaviour under the careful watch and protection of their respective falconers. All members of public will be seated during all times at the venue. The organisers have also made sure the noise and background music will be kept to minimal and an owl will only have around 10-12 members of public around him/her at a given time.”

Smoothies will now be served in place of the two cocktails per person which were originally advertised as being part of the £20 ticket price — there’ll be no Owld Fashioneds or Owlspresso Martinis. There are no plans to change the opening hours of between 8.30pm and 2am.

Creating a further flap, the pop-up’s named charity — The Barn Owl Centre in Gloucestershire — has chosen to have no association with the goings on.

The charity’s founder Vincent Jones spoke out earlier in the week, saying that although he had been told The Barn Owl Centre would receive a donation of £5,000 from a London business it was not clear that this was from ticket sales to the owl bar. He added:

“If we were given a donation (by the owl bar) I would set up a video and record myself shredding it up with a video recorder, even if it was for one million.”

“(We) have regretfully accepted the Barn Owl Centre’s wishes to no longer be associated with the event. The organisers of the event apologise for any distress caused to the managers of The Barn Owl Centre, which had complete knowledge of the event and previously agreed to accept the funds. All profits and proceeds raised by the event will now go to another sanctuary partner, which is fully supportive of (the) event as a means to raise awareness and funds for the protection of owls. The organisers of the event have decided not to disclose the name of the charity, despite their willingness to do so, due to their limited resources to manage media and skeptics.”

Despite the backlash, the concept has proved popular with Londoners. More than 125,000 people entered the ballot for tickets — let’s hope they like smoothies.

What do you think? Should we be using animals as accessories in bars and cafés at all? Is the outcry a wise move on behalf of activists, or are they just unnecessarily sticking their beaks in? Let us know in the comments below.