Bolshy And Inauthentic: Joe’s Oriental Diner Is A Modern Classic 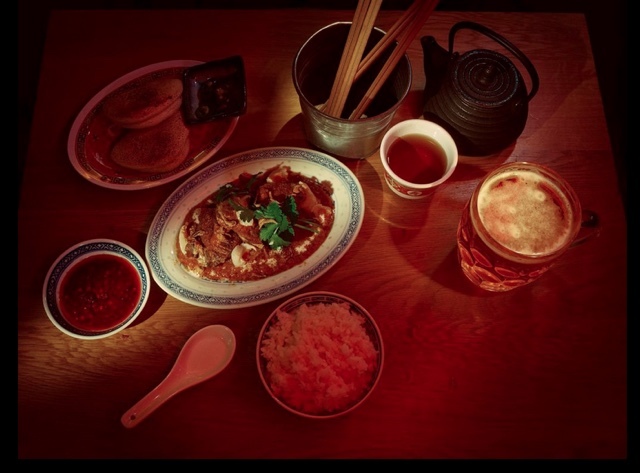 This new eatery on the King’s Road is the latest launch from Scott Hallsworth, an Australian chef who headed up the kitchen at Park Lane’s Nobu before leaving to open more informal Japanese eatery Kurobuta. When work on the Marble Arch site that was to become Kurobuta got delayed, eager Hallsworth launched a pop-up in Chelsea to keep him busy in the meantime. In the end it never popped down and now both Kurobuta restaurants are pulling in the punters, with the Chelsea site having recently relocated to bigger premises just down the road. It’s the cosy space which it has vacated that has turned into Joe’s Oriental Diner. 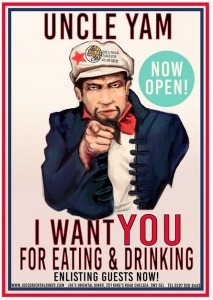 Uncle Yam Chips (£4) — named to reference the ‘Uncle Yam Needs You’ poster taped to the wall — are thin strips with a texture somewhere between crisps and crackling. They come with a creamy Nando’s-esque dip and are sprinkled with something called special satay salt. We’re not sure what that is, but judging by its addictiveness we reckon possession of it would get you a life sentence in most of the countries whose cuisines are represented here.

Crab rangoon (£7) comes in the form of two crispy wonton skins filled with pillowy flakes of white crab meat — like filled prawn crackers. Mushroom San Choy Bao (£8) is a juicy meaty-tasting triumph — a bowl of garlicky, soy-laced slowly simmered mushrooms served with crisp lettuce leaves to wrap them up in. 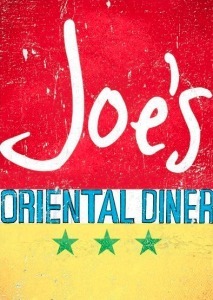 Of the larger plates our favourite is the beef short rib rendang buns (£13). They’re a perfect example of the unabashed feel-good fusion food which Joe’s Oriental Diner — and Scott Hallsworth generally — deals in. A bowl of rich, coconutty Indonesian rendang is made with beef so meltingly tender that it becomes one with the sauce; it’s served with fluffy Taiwanese bao — steamed buns — to scoop it up with.

A whole duck leg is the centrepiece of a red curry (£14), its soft flesh almost able to be prised from the bone by chopsticks — we eventually cave in and opt for cutlery only to curb the amount of mess we’re making. The coarse curry sauce itself isn’t what we were expecting; mild and sweet, it has flavours as reminiscent of American barbecue and Italian passata as anything from Asia.

Cocktails are a substantial part of the offering, including a strong rum-laced number served in a Kikkoman soy sauce bottle. There are just two puddings — ice cream and fruit. To be fair though, that's deliciously delicately flavoured mango and coconut frozen mochi, and a decidedly pretty selection of ripe exotic fruits.

It would be incredibly easy to dislike Joe’s Oriental Diner — on paper, that is. It deals in inauthentic flavours, toned down spice levels and bolshy fusion dishes. It sounds like a provincial pan-Asian throwback from the noughties. But by Joe that’s not the case. This genuinely exciting diner deals in bold, energetic flavours, is a little bit cool but much more fun, and has a price point that is resoundingly reasonable.

To our mind, it’s a modern classic — a proposition much more exciting, daring and forward-thinking than swanky Nobu where founder Hallsworth earned his stripes. Who’d have thought we’d find such a place on the King’s Road?