Crowdfunding: The Dark Side Of The Cup, And How To Make Your Mates Look Like Mugs

By Chris Lockie Last edited 80 months ago
Chris Lockie Crowdfunding: The Dark Side Of The Cup, And How To Make Your Mates Look Like Mugs 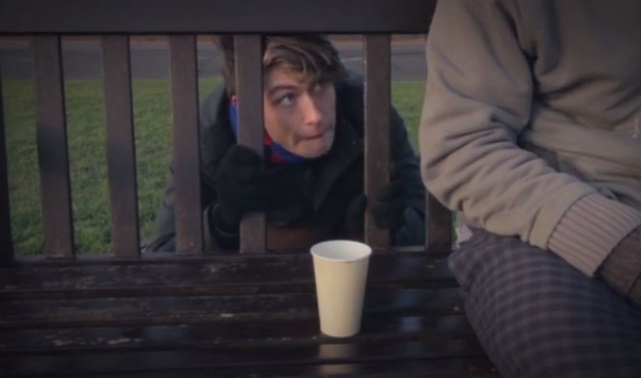 This month's round-up of the best (and silliest) crowdfunding campaigns with a London link.

Tea: The Dark Side of the Cup

Somewhere back in the dark mists of time, somebody saw a pretty nondescript plant and thought, “I think I’ll chop that up and run boiling water over it and drink whatever I end up with.” And thank the gods of hot beverages for that because on such murky waters were nations first floated, principally India, China and Blighty herself.

But is there a malevolent side to the national beverage? Tea: The Dark Side of the Cup aims to examine whether our obsession with and addiction to tea is causing irreparable harm to society and turning all of us into a race of kettle watchers, desperate for our next fix of Oolong. Rewards for backing this important investigation include posters, DVDs, thanks in the credits and ‘a limited edition tea bag of doom’.

From tea to a T-Set, but you won’t want to be pouring your morning brew into this. The AXSY T-Set is motion control equipment designed to make photographing moving objects from bugs to stars easier and more professional looking. The project page has all the geeky specifications for fans of a good time lapse shot, and something about HDR spheres, er, and fork tongue belt tensioning system, and that.

The people behind the Kickstarter are based in London and are just a couple of thousand short with only a couple of days to go; rewards include early bird discounts and a multitude of variations of the equipment itself.

A Park Bench in Clapham Common In Memory of Stan Hook 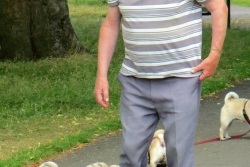 Exactly who Stan Hook was isn’t made clear on the Indiegogo page, but what we do know of the man paints him as a good bloke. He was popular among dog lovers on Clapham Common, getting to know both the owners and their animals by name and always providing a friendly greeting. It was therefore a sad bit of news when Stan passed away last month.

The people who knew Stan have decided to club together to erect a bench in his memory, near the bandstand on the common. They’re looking for donations of as little as a quid to help commemorate a good man who made people happy just by existing. Would that we’d all end up as deserving of a bench as Stan Hook.

Ujinga: Survival of the Silliest 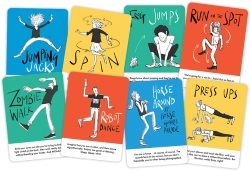 Whether this is inspired or ridiculous is difficult to tell; in truth we’d quite like for someone to explain what’s going on with this one, as often seems to be the case in our crowdfunding round-up. Ujinga, it seems, is a card game in which you make an opponent do star jumps or press-ups or some similarly egregious activity, but combined with another activity of your own invention. Presumably we’re talking about making someone sing as many of the 50 US states as they can in a minute while playing air guitar, or something like that, or maybe nothing like that, and why not.

At any rate it’s a card game and it looks silly enough to make it an amusing party game for drunkards and simpletons. Limited edition decks of cards and custom cards designed for you by the London-based team behind the Kickstarter are the rewards you can expect for your contribution to whatever all this is about. 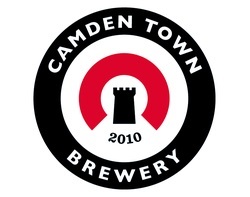 Now, though we're perfectly happy to certify that Crowdcube is a fine fundraising website, the projects within generally seem to be too big in scale to admit into our little monthly round-up. That said, there's an investment opportunity on there currently that we simply cannot ignore — Camden Town Brewery are after equity funding to help build a second brewery in London. This will mean more beer made in the capital. Regular readers will fail to be shocked that we approve of this.

Founder Jasper Cuppaidge is hoping to go beyond just building a new brewery, for example also helping to renovate a pub in Kentish Town and hold a giant party there. Some marketing fiend has come up with the name 'Hells Raiser' for investors, after the brewery's popular Camden Hells lager, but that atrocity aside rewards for those stumping up include beer delivered to your door, a brewery jolly in Bavaria ('research' no doubt) and a party organised by the Camden Town team, just for you. Best of all, investments can be anything from a tenner upwards; just remember, more investment = more beer for everyone. Read more about the new brewery over here.