Blindfolded, Sung To And Hugged: New Show Will Invade Your Space

By Chris Lockie Last edited 80 months ago
Chris Lockie Blindfolded, Sung To And Hugged: New Show Will Invade Your Space 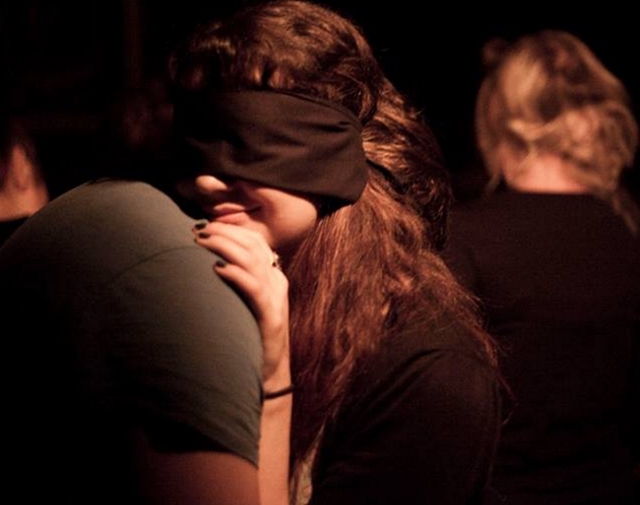 If you want to go and see a performance of some kind in London, but don't have a clear idea exactly what you fancy, you're likely to be bombarded by a staggering breadth of shows and gigs and spectacles that assault the eyes and ears in ways you may not have known were legal. Whatever it is you choose to do with your evening, however, you're probably safe assuming you won't be manhandled by whichever performers get your money.

No more; thanks to a show entitled HUG taking place at the Southbank Centre from 2-5 April, your personal space is no longer sacred. This is the brainchild of Verity Standen, a Bristol-based artist who has devised a show in which 30 members of the audience are blindfolded, in just the first of many questionable aspects, and hugged by a singer. Physically hugged, while blindfolded, by a singer who is also singing, while hugging you. In more ways than one it sounds remarkable.

Now, this being anything but a visual experience you'd think video would be scarce. There is a trailer for the show though, albeit one which goes only demonstrates what it would look like to someone standing nearby, not blindfolded, quite possibly filming it for a trailer. So here's that.

The singers in question form a choir which surrounds the 30 blindfoldees, which is likely to make for a disconcerting experience. Nevertheless, it's not one you'll get strolling down the Farringdon Road so despite our mild reservations we recommend you give it a punt.

HUG is part of a wider season at the Southbank Centre under the banner Chorus 2015, taking place from 30 March to 12 April. Highlights of the season include the world premiere of the James Taylor Quartet’s Rochester Mass, and Sing Out Sunday, where audience participation is once again on the agenda though mercifully this time without all the grabbing and rubbing and other thoroughly un-Victorian antics.