Novels To Stay In And Read This January

A selection of books about the capital. All can be found in or ordered from your local independent book shop. 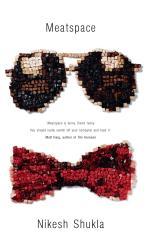 You've seen the video, right? The tandoori lamb chop from Tayyabs that went into space? That was all for Nikesh Shukla's book Meatspace — or that was the plan, at least. The camera went missing and the footage was recovered months after the book came out (though handily in time for the paperback). But we're here for the book, not the chops. Meatspace is a funny and touching look at our relationship with the internet, and who we are online. (Are you really as funny as your Twitter account? No, us neither.)

Kitab and his brother Aziz have doppelgangers: Aziz heads to New York to find his, whereas Kitab's stalks him to his London home and royally messes with his life. With chapter headings that reflect what browser tabs Kitab has open, Google searches and even fights with blog commenters, we couldn't stop chortling in public. Brilliant stuff — not that we'd expect any less from this guy. 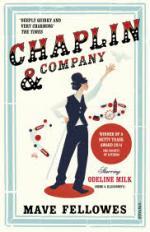 This is an eccentric look at London through the eyes of an eccentric. Our heroine, Odeline Milk, is young, exceptionally naive and a mime artist. She's moving into a canal boat in Little Venice after the death of her mother. She's determined to make it big and also to find her father, who she imagines to be a great practitioner in the art of clowning. There's not much in the way of plot, here: Fellowes is more about character, preferring to feel her way around ordinary people and normal human friendships. There's a lot of personal growth.

Seeing the world through Odeline's eyes is also very funny, and you might just find yourself remembering the way you first looked at London. 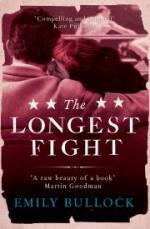 The Longest Fight by Emily Bullock

Jack Munday is about to be hanged. He's admitted his crime but not said another word about it. Pierrepoint does the deed and then we're immediately whipped into Jack's backstory. He's a Camberwell boxing promoter, eyeing up a new protogee and looking after his baby sister. And now here he is as a boy, scrapping through the south London streets, avoiding his violent father and falling in love. The plot unwinds itself slowly in languorous prose which, in general, feels like savouring a hearty meal, though it can bog down some of the boxing scenes.

The real meat, however, is in the depiction of pre-war and 1950s London: Peckham and Soho in all their smoggy glory. We got lost in this world of backstreet boozers, sweat-reeking boxing clubs, trams and the struggle to make good (the real 'longest fight'). Highly recommended.

Published 15 February 2015 and will be available to buy direct from the publisher. 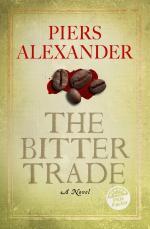 The Bitter Trade by Piers Alexander

Here's another book that opens with a hangman's noose, though this time delving much further back into history. It's 1688 and the Glorious Revolution is brewing — as is the drink available at all London's fashionable coffee houses. Calumny Spinks is just the poor son of a weaver, skilled in mimicry, lying and not much else, yet he ends up embroiled in various plots of varying likelihood as long-held enmities of religion, trade and politics swirl around him.

Again, like The Longest Fight, Piers Alexander has clearly put in his hours down the British Library and the research shows without being showy. London is brought to life in all its 17th century sights and stinks — we dare you to meander the path of the Fleet again without involuntarily gagging — and if the characterisation and plot occasionally feels a bit far fetched (all gobby teenage redheads will take heart at Calumny's ability to shag his way across the city), the little historical nuggets will keep you going through the 400+ pages.